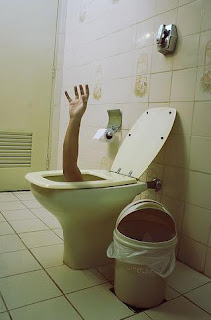 As newspaper circulation - and ad revenues - have spiraled down the toilet....

One couldn't read a single earnings release from from these jurassic enterprises without seeing a screaming mention of their *internet growth* - no matter the level of overall significance.

But even that seems to be coming to an end.

Boston.com, the Boston Globe's website only saw 4,000,000 unique visitors in June - the second lowest number for the spiraling company in the past 28 months.

Pathetically, they blamed it on the Celtics' *early exit* from the playoffs. Never mind that the Celtics have sucked for a good 16 years before 2007!

Dan Kennedy, at MediaNation somewhat defended this Boston Globe BS on his site.

Folks in the business are well aware of how closely print circulation of the Globe and the Herald has been tied to the fortunes of the local sports teams for many, many years.

Then how the bleep do you explain the Globe and the Herald essentially rolling over dead in the past few years?

If their circulation is *tied* to the *fortunes* of the Red Sox, the Patriots, and the Celtics....they why have the past 8 years - with 2 World Series Championships, 4 Super Bowl appearances, and one NBA Title....why have the papers been toilet-spiraling in this period of near-ridiculous athletic supremacy?

Moron!
Posted by CaptiousNut at 2:53 PM