McNair Should Have Kept One Eye Open 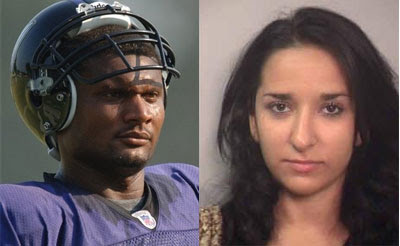 So ex-NFL quarterback Steve McNair was murdered while he slept by the wack-a-do chick he was cheating on his wife with.

One of the conundrums of male life is that the crazy broads are at the same time the most desirable and the most *fraught with risk* - if I may reuse an expression from yesterday's post.

To give one example, remember Tony Soprano's gumar Gloria - who was masterfully played by Annabella Sciorra? Remember the flying London broil from Season 3? 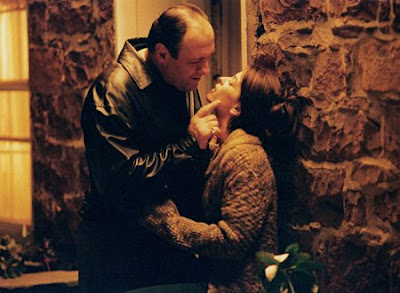 Getting back to McNair's gumar side-ho....

It's been surmised that the nutty broad suspected her married, philandering lover was ACTUALLY cheating on her! And that's why she shot him and then herself.

I don't know where she'd get that outlandish idea....

If only Steve saw it coming and had a henchman to talk some sense into her dome - as Tony Soprano did. Click here.
Posted by CaptiousNut at 12:28 PM

The more we learn about pro athletes the more we realize they are nearly universal a** holes. I guess that comes with being feted since you were 9 years old and the star of your elementary school. What a crock.

McNair was one of the "good guys" in pro sports. Riiight.

He had his *offsets* - like tax deductible charity and whatnot.

After a good nocturnal fight with my wife, I always sleep with one eye open....on the couch!