A Religion, Neither Science Nor Stewardship 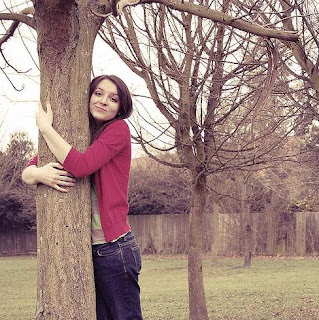 The idea that so-called environmentalism is a religion is neither my original insight nor new ground for Marginalizing Morons. Though I think I may have trademark rights to the term *eco-pagan*!

Aupanner sent me a great essay on this very subject - Gaia Worship - The New Pagan Religion.

The entire piece is well worth reading. But I wanted to highlight a couple of Al Gore references where he ADMITS the *religious* nature of his cause.

Members of this "Green Religion" will all agree that the Earth is in a crisis state and this ecological emergency is the result of Christian traditions. They believe that the Judeo Christian belief that God assigned man to rule over the earth has caused us to exploit and abuse it. Monotheism, they assert, has separated humans from their ancient connection to the earth, and to reverse this trend governments, the media, our education system, artists, and other areas of influence must revive earth-centered myth and reconnect us to Earth's spirit. Al Gore, in his book Earth in the Balance, expounds on this view:

"The richness and diversity of our religious tradition throughout history is a spiritual resource long ignored by people of faith, who are often afraid to open their minds to teachings first offered outside their own systems of belief. But the emergence of a civilization in which knowledge moves freely and almost instantaneously through the world has spurred a renewed investigation of the wisdom distilled by all faiths. This panreligious perspective may prove especially important where our global civilization's responsibility for the earth is concerned." (pp. 258-259)

Gore praises the Eastern religions and new age spiritualism, while blaming Christianity for the elimination of the ancient goddess religion, and calls for a new spiritual relationship between man and earth.

"The spiritual sense of our place in nature predates Native American cultures; increasingly it can be traced to the origins of human civilization. A growing number of anthropologists and archaeomythologists, such as Marija Gimbutas and Riane Esler argue that the prevailing ideology of belief in prehistoric Europe and much of the world was based on the worship of a single earth goddess, who was assumed to be the fount of all life and who radiated harmony among all living things. Much of the evidence for the existence of this primitive religion comes from the many thousands of artifacts uncovered in ceremonial sites. These sites are so widespread that they seem to confirm the notion that a goddess religion was ubiquitous through much of the world until the antecedents of today's religions, most of which still have a distinctly masculine orientation...swept out of India and the Near East, almost obliterating belief in the goddess. The last vestige of organized goddess worship was eliminated by Christianity as late as the fifteenth century in Lithuania."

Only when this *religion* is called what it is....

Only then can we intelligently talk about the extensive history of tyrants and governments co-opting popular faith for their own totalitarian ends.
Posted by CaptiousNut at 10:42 PM

But my question is why does a responsible approach to conserving natural resources and generating energy from renewable sources (e.g. the wind and the sun) have to mean going away from God? I don't know why people necessarily have to go as far as calling it "earth worship".

I had a lengthy response but decided to pull it back because it was a bit much for the *comment section*.

We are speaking in generalities here. Of course anomalous clowns can be *green* and still heaven-bound.

But note there were also no doubt morally upright Nazi soldiers as well.

19 out of 20, at least, greenies are outright pagans in my rough estimation - from the standpoint of *do they partake in organized religion*.

Mind pollution is the biggest *environmental* disaster on the planet. How much time does anyone, beside myself, spend on that front?

If one isn't battling mind pollution, then even 15 minutes a week composting or recycling demonstrates misplaced priorities; it demonstrates worshipping *creation* instead of worshipping the Creator.