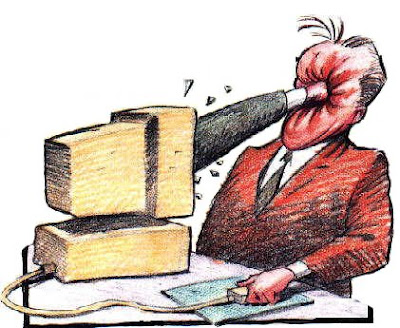 The *most emailed* story from the Boston Globe yesterday was an Op-Ed column by some dude I've never heard of, Jeff Jacoby:

No climate debate? Yes, there is

It's a standard debunking of the eco-propaganda pawned off as *science*; and peddled in furtherance of Bigger Government.

Read it later, I want to discuss it from a wider angle.

Since I prefer my swallowed food to *stay down*, I don't read the Globe much - never did. But I can't remember ever noticing such anti-agitprop in it before. This egregious blasphemy had to be a *guest column*, right?

But could this development indicate a new, more liberal(!) policy at the Globe?

Not only was the article the *most emailed*, by the time I came across it, it had generated a whopping 500+ reader comments.

As stupid as Globies are, how long can they go on ignoring the fact that offering up a *diversity* of opinion is their only chance at business survival?

There has to be at least one person high up at the Globe who can put two and two together. The has to be one person who understands that stories that generate *feedback*, *emails*, and *hits* are like....THE MOST IMPORTANT BLEEPIN' THING in the new hyper-competitive world of digital media.

How messed up would that be if by simply becoming a tad *fairer*,....if that was all it took to save the Boston Globe from oblivion?

After all, the market for agitpop has been overly saturated for quite some time now.
Posted by CaptiousNut at 12:15 PM