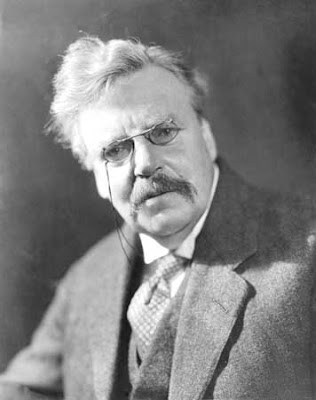 Upon the advice of DU I found (it wasn't easy) and read a copy of G.K. Chesterton's - The Everlasting Man.

The Wikipedia link above provides a better outline than I can. Below find some notable excerpts that I mined from the text:

But in reality the rivers of mythology and philosophy run parallel and do not mingle until they meet in the sea of Christendom. Simple secularists still talk as if the Church had introduced a sort of schism between reason and religion. The truth is that the Church was actually the first thing that ever tried to combine reason and religion. (p122)

There comes an hour in the afternoon when the child is tired of 'pretending'; when he is weary of being a robber or a Red Indian. It is then that he torments the cat. There comes a time in the routine of an ordered civilisation when the man is tired of playing at mythology and pretending that a tree is a maiden or that the moon made love to a man. The effect of this staleness is the same everywhere; it is seen in all the drug-taking and dram-drinking and every form of the tendency to increase the dose. Men seek stranger sins or more startling obscenities as stimulants to their jaded sense. They seek after mad oriental religions for the same reason. They try to stab their nerves to life, if it were with the knives of the priests of Baal. They are walking in their sleep and try to wake themselves up with nightmares.

At that stage even of paganism therefore the peasant songs and dances sound fainter and fainter in the forest. For one thing the peasant civilisation was fading, or had already faded from the whole countryside. The Empire at the end was organised more and more on that servile system which generally goes with the boast of organisation; indeed it was almost as servile as the modern schemes for the organisation of industry. It is proverbial that what once would have been a peasantry became a mere populace of the town dependent for bread and circuses; which may again suggest to some a mob dependent upon doles and cinemas. In this as in many other respects, the modern return to heathenism has been a return not to the heathen youth but rather to the heathen old age....The Old Man of the Forest was too old; he was already dying. It is said truly in a sense that Pan died because Christ was born. It is almost as true in another sense that men knew Christ was born because Pan was already dead. A void was made by the vanishing of the whole mythology of mankind, which would have asphyxiated like a vacuum if it had not been filled with theology. But the point for the moment is that the mythology could not have lasted like a theology in any case. Theology is thought, whether we agree with it or not. Mythology was never thought, and nobody could really agree with it or disagree with it. It was a mere mood of glamour and when the mood went it could not be recovered. Men not only ceased to believe in the gods, but they realised that they had never believed in them. They had sung their praises; they had danced round their altars. They had played the flute; they had played the fool. (p189-191)

Another example might be found, not in the problem of evil, but in what is called the problem of progress. One of the ablest agnostics of the age once asked me whether I thought mankind grew better or grew worse or remained the same. He was confident that the alternative covered all possibilities. He did not see that it only covered patterns and not pictures; processes and not stories. I asked him whether he thought that Mr. Smith of Golder's Green got better or worse or remained exactly the same between the age of thirty and forty. It then seemed to dawn on him that it would rather depend on Mr. Smith; and how he chose to go on. It had never occurred to him that it might depend on how mankind chose to go on; and that its course was not a straight line or an upward or downward curve, but a track like that of a man across a valley, going where he liked and stopping where he chose, going into a church or falling drunk in a ditch. The life of man is a story; an adventure story; and in our vision the same is true even of the story of God.

The Catholic faith is the reconciliation because it is the realisation both of mythology and philosophy. It is a story and in that sense one of a hundred stories; only it is a true story. It is a philosophy and in that sense one of a hundred philosophies; only it is a philosophy that is like life. But above all, it is a reconciliation because it is something that can only be called the philosophy of stories. That normal narrative instinct which produced all the fairy tales is something that is neglected by all the philosophies - except one. The Faith is the justification of that popular instinct; the finding of a philosophy for it or the analysis of the philosophy in it. Exactly as a man in an adventure story has to pass various tests to save his life, so the man in this philosophy has to pass several tests to save his soul. In both there is an idea of free will operating under conditions of design; in other words, there is an aim and it is the business of the man to aim at it; we therefore watch to see whether he will hit it. Now this deep and democratic and dramatic instinct is derided and dismissed in all the other philosophies. For all the other philosophies avowedly end where they begin; and it is the definition of a story that it ends differently; that it begins in one place and ends in another. From Buddha and his wheel to Akhen Aten and his disc, from Pythagoras with his abstraction of number to Confucius with his religion of routine, there is not one of them that does not in some way sin against the soul of a story. There is none of them that really grasps this human notion of the tale, the test, the adventure; the ordeal of the free man. (p 306-307)

It met the mythological search for romance by being a story and the philosophical search for truth by being a true story. That is why the ideal figure had to be a historical character, as nobody had ever felt Adonis or Pan to be a historical character. But that is also why the historical character had to be the ideal figure; and even fulfill many of the functions given to these other ideal figures; why he was at once the sacrifice and the feast, why he could be shown under the emblems of the growing vine or the rising sun. The more deeply we think of the matter the more we shall conclude that, if there be indeed a God, his creation could hardly have reached any other culmination than this granting of a real romance to the world. Otherwise the two sides of the human mind could never have touched at all; and the brain of man would have remained cloven and double; one lobe of it dreaming impossible dreams and the other repeating invariable calculations. The picture-makers would have remained forever painting the portrait of nobody. The sages would have remained for ever adding up numerals that came to nothing. It was that abyss that nothing but an incarnation could cover; a divine embodiment of our dreams; and he stands above that chasm whose name is more than priest and older than Christendom; Pontifex Maximus, the mightiest maker of a bridge.

But even with that we return to the more specially Christian symbol in the same tradition; the perfect pattern of the keys. This is a historical and not a theological outline, and it is not my duty here to defend in detail that theology, but merely to point out that it could not even be justified in design without being justified in detail - like a key. Beyond the broad suggestion of this chapter I attempt no apologetic about why the creed should be accepted. But in answer to the historical query of why it was accepted, and is accepted, I answer for millions of others in my reply; because it fits the lock; because it is like life. It is one among many stories; only it happens to be a true story. It is one among may philosophies; only it happens to be the truth. We accept it; and the ground is solid under our feet and the road is open before us. It does not imprison us in a dream of destiny or a consciousness of the universal delusion. It opens to us not only incredible heavens, but what seems to some an equally incredible earth, and makes it credible. This is the sort of truth that is hard to explain because it is a fact; but it is a fact to which we can call witnesses. We are Christians and Catholics not because we worship a key, but because we have passed a door; and felt the wind that is the trumpet of liberty blow over the land of the living. (p310-311)

It was a bit of a tough book to read, at first anyway. I almost tossed it aside after 60 pages. Those Brits with their never-ending, circular sentences can be off-putting. But I'm glad not only that I finished the book, but more so that I finally got around to typing up my notes. Time and again I had to re-read passages of The Everlasting Man - these were some heady subjects he was treating.

For me, this book was a classic case, a forceful argument in defense of my comprehensive approach to reading. With every single book I read, I always highlight important passages and then go back and type them up into a dedicated Google Doc. Only after transcribing my notes tonight on this book did much of his thesis set in.

I really do prefer the older, classical books - this one was published in 1925. I find the writing to be far superior, and far more colorful than anything churned out today. When I read people like Will Durant and Chesterton, in the face of their scholarly lexicon and rich imagery I feel like an ignorant Moron! That's opposed to how smart I feel when reading contemporary BS like the Wall Street Journal or the Boston Globe!

A few of the words/items on my notes that I have to research: "prig", "dryad", "tarradiddles", "heresiarch", "eclogue", "syncretism", "pentacle", "Manichees", "Gnostics", and "Mumbo-Jumbo".

Hey, if I'm going to spend all this time reading and taking notes....I may as well learn something!

Next I'm going to cue up Chesterton's - Orthodoxy, and then probably some of C.S. Lewis' work.
Posted by CaptiousNut at 8:53 PM

He's like a fine cheese or rich beer. The first taste can be a little unsettling, but a regular diet leaves little left to compare. Orthodoxy is a FEAST.

It took a great mind like Chesterton or Tolkien to influence someone as brilliant as C.S. Lewis, which they both did in Lewis becoming a Christian. The Weight of Glory: And Other Addresses is a fine start with Lewis. You can read one, ponder it for a while, and read another whenever you get the chance. Perhaps his most popular books are Mere Christianity, the Four Loves, and The Chronicles of Narnia.

Don’t forget that Chesterton also wrote some enjoyable mysteries with a priest named Father Brown as the protagonist.

moronic illogical ramblings by a creationist