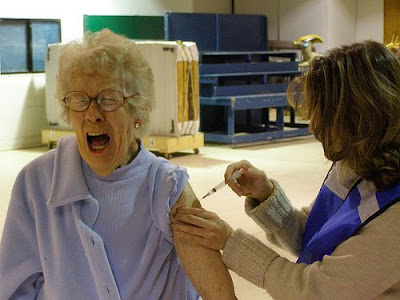 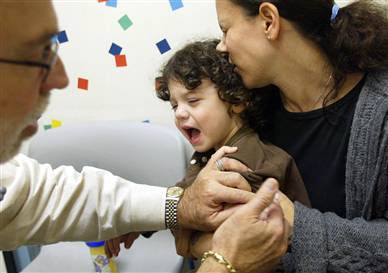 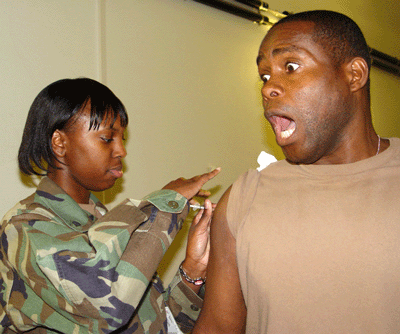 I enjoyed a big laugh at a sign I saw in front of Walgreen's Pharmacy this morning. It was advertising that they had *H1N1 flu shots available*. And the prominent ad couldn't help but convey the suggestion/admission of a *end of the season* sale/discount.

Going forward, it will be difficult for future generations to appreciate just how ridiculous the contrived *swine flu pandemic* was; how flat-out crazy the Morons amongst us went over a disease that has proven more innocuous than 4th grade cooties.

Most Americans Think Swine Flu Pandemic Is Over, a Harvard Poll Finds

Most Americans do not intend to get the swine flu vaccine, assume the pandemic is over and think the flu threat was overblown, according to a poll released Friday by the Harvard School of Public Health.

As of the end of January, only about a fifth of all Americans had had swine flu shots, according to that poll and data released separately by the Centers for Disease Control and Prevention.

And, even though this flu hit children and teenagers the hardest, only about 40 percent of them have had the shots. That figure could improve because 13 percent of adults surveyed by Harvard told pollsters that they still intended to get their children vaccinated. If they do so, slightly more than half of all the country’s children will have been vaccinated, though many young ones who should have had two shots got only one.

Most parents who did not get shots said they felt the threat had passed. The second-most-common reason was fear of the vaccine, even though monitoring of the first 60 million doses showed no unusual rate of side effects.

"A steady core of adults" has resisted all warnings and appeals from public health officials, said Robert J. Blendon, director of opinion research at Harvard’s School of Public Health, which has done several polls with C.D.C. financing since the outbreak began.

Michael T. Osterholm, director of the Center for Infectious Disease Research and Policy at the University of Minnesota, said he “was not surprised” by how few got shots.

"But that could all change overnight if we get a third wave in late February — and we still could," he added. "That would make this half-time data, not end-of-the-game data."

Dr. Anne Schuchat, the C.D.C.’s director of immunization and respiratory disease, who in early January urged all Americans to get shots because they had finally become plentiful, put a brave face on the low figures, saying she was “encouraged” because more children got shots than ever previously got regular flu shots and because many got them at school for the first time. If that became routine, it could lead to much wider flu protection because schoolchildren often are the vectors that infect their families.

You know, YOU JUST KNOW, that all these alarmist CDC type are sitting around HOPING for a February resurgence in the innocuous *pandemic*!

And how about that revelatory last line?

According to Big Government - Schoolchildren are *vectors* of disease?

Well, they definitely don't come home and infect their families with erudition, manners, and maturity! 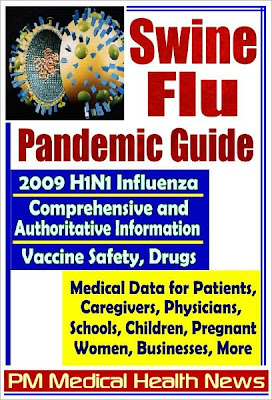