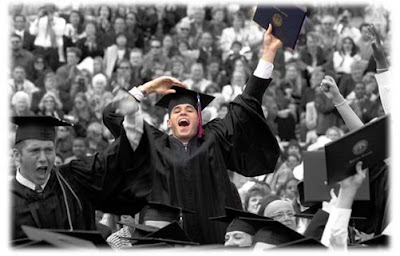 You can only laugh at this stuff....

Meanwhile, universities invest a huge percentage of their budgets in a small group of faculty who bring prestige to their departments but have little interaction with students. My university knew a professor at a west coast university was due for a Nobel Prize. The board lured him by giving him a huge salary and hiring virtually his entire department, even paying their moving expenses. Six months later, he won his Nobel -- for work he had done decades ago. He was almost seventy. I think he taught (no grading involved) one or two graduate seminars before retiring. It was a publicity coup, and our U.S. News and World Report scores benefited. But how exactly did that benefit students? Meanwhile, the costs involved in poaching him and a half-dozen of his underlings probably could have paid for two-dozen regular tenured jobs.


....Once you've withdrawn from and completely rejected the system - even if it showered frivolous laurels on you.
Posted by CaptiousNut at 1:02 PM