The Morons Are Still Winning

As you could have inferred from my post the other day - Most Listing Prices Are A Joke! - I'm getting pretty frustrated with this stubbornly high housing market.

Though faced with the prospect of eviction in July when my lease is up (by landlord or bank), I have to get back out there and scour the real estate market for a bargain. Yesterday I inspected three local possibilities: 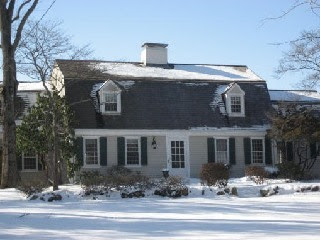 The first one is too expensive - 900k + exterior paint job + wooden shingles + new boiler. It is *distressed* in the sense that a relo company owns it BUT it would have to be 650k for me to even consider it. 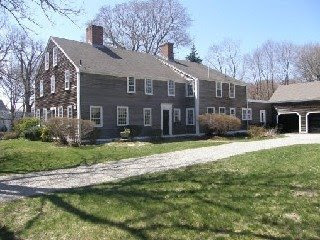 The second house is 4,000 square feet and looks quite attractive....until you go in. It was built in the 1600s; the floors creak, the ceilings sag, and some of the rooms are so unlevel that it feels like you're aboard a boat on the high seas. Anyone who buys this house is an idiot. I just don't get the fascination with *antique homes*. 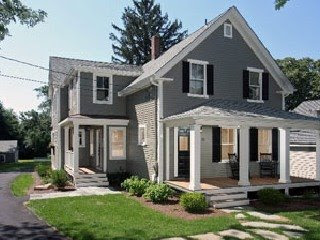 The last house was quite nice. Even though it's a distressed buy-and-flip speculation, it'll probably sell near it's current listing price of 869k this spring.

It'll sell because this is what happens each year in these parts.

Yuppies - scratch that - 40 year old professionals from Boston who've gotten married late decide to have a kid. They linger in the city for a year or so then decide to move to the burbs. Each spring another wave of these types crash the local housing market. Since they are *older* and usually dual-incomed, they generally have savings and can afford large mortgages. If they decide they want to - or can - spend say 850k, they look at 5 homes in that price range, and then pay the offer on one of them. Seriously. The overall housing market has been dipping for 3-4 years now but you'd never know it by looking at the towns around me.

In fact it's started already. Looking at the sign-in sheets at these open houses yesterday I saw a bunch of people who listed their home as "South End" and "Back Bay".

So these Morons keep snatching all the good homes up before they hit my desired price points.

My wife is more optimistic than I am. She thinks all these 'old coot' yuppies will have real trouble selling their downtown condos this year.

I'm willing and mentally prepared to move to a *less desirable* area and rent some more if that's what the market dictates.

Mrs. C-Nut is most definitely not.
Posted by CaptiousNut at 8:10 PM

It really sucks to be wiser than (or ahead of) the market!

But if I take a day off, then my brain is taxed for six new posts on the following day.

I am striving for 4 per day to give me some margin for laziness.

Shoot, I forgot this was a short month.