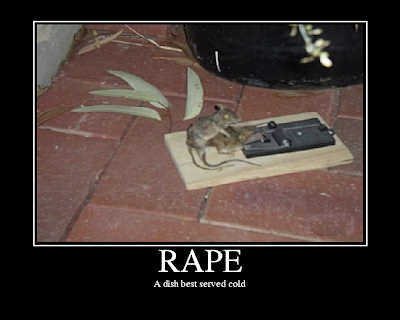 Last year, an anxious, depressed 17-year-old boy was admitted to the psychiatric unit at the Royal Children's Hospital in Melbourne. He was refusing to drink water. Worried about drought related to climate change, the young man was convinced that if he drank, millions of people would die. The Australian doctors wrote the case up as the first known instance of "climate change delusion."

Robert Salo, the psychiatrist who runs the inpatient unit where the boy was treated, has now seen several more patients with psychosis or anxiety disorders focused on climate change, as well as children who are having nightmares about global-warming-related natural disasters.

More accurately, it might have been the *billion and first* known case.

My wife had an old boss whom I described here:

It's a good thing I didn't attend my wife's holiday work party with the senior executives. She got seated next to the BIG BOSS's wife who proceeded to lecture everyone about the perils of "global warming". When I say "lecture" I mean it. She interrogated everyone on how they commuted to work. My wife won momentary plaudits for taking the commuter train into town. Yet uncomfortable with those laurels Mrs. C-Nut proudly declared that she owned a Chevy Suburban. I guess it was analogous to when Cubs fans throw opposing teams' homerun balls back onto the field.

Well anyway, all I wanted to point out was that this high level executive and his flaky wife also had a school-age child who apparently couldn't sleep at night - for fear of *global warming*.
Posted by CaptiousNut at 12:07 PM