I Had To Google Her - Delilah 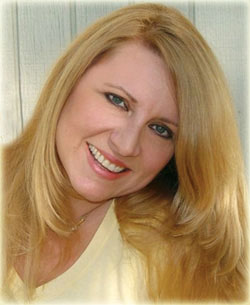 Delilah After Dark, that is.

I don't know how many years I've heard her on the radio. At first I assumed she was a local DJ. Later on I realized she was broadcasting nationwide. Apparently she makes at least $6 million annually spinning *sappy love songs* for the broken-hearted.

What an easy gig she's got! I could do that. My voice is so much sexier and would be far more pleasing to the ears of weary, lonely wage slaves.

Email ThisBlogThis!Share to TwitterShare to FacebookShare to Pinterest
Labels: radio

Her show is always on when I go to the hairstylist. The stylists, and myself are in complete agreement that she is overpaid by $5,999,999.

Yeah, we'd be better off as a society if we more often heeded the consensus wisdom of hairstylists!

I don't necessarily think Delilah's *overpaid* (like Oprah), I just want her job. If she wasn't overpaid, what would I envy?

You're a South Shore girl, huh?