The Art Of Theft 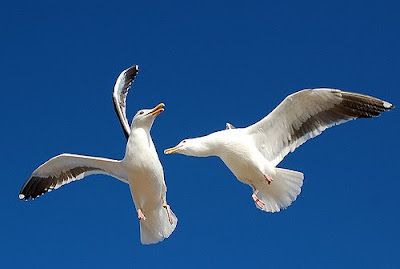 There's a pecking order among Thugs and the Morons they exploit.

At the low end are pawn shops, *pay-day* check cashers, and corner bookies who separate the bottom tier of fools from their money.

Now, at the very top of the ladder, the effete Thugs use more sophisticated means to separate the wealthy and less Moronic from their hard earned/inherited wealth.

For example, consider the slickly-named hedge fund. After all, an investor will almost never know what a fund manager is trading or investing in. The name, the packaging, is VITAL.

Wall Street must have discovered, empirically, that all hedge funds need to have one or more of these words in their name: quantitative, absolute, arbitrage, and/or *market neutral*. (Remember Mish with his *Hedged Growth* and *Absolute Return*?)

Now consider the last one - *market neutral*. The genius of this adjective, this catch-phrase, is that most wealthy and institutional investors already have plenty of exposure to the stock market - to long term equity investments. What they need is diversification. And, voilà, where there's a demand for a high margin product, Wall Street will provide.

So two jabronis quit Lehman Bros. or Goldman. They set up shop as a hedge fund, slick their hair back, brag about their *experience* and connections with the *really important* crooks on Wall Street, and they have no problem at all convincing dipsh*ts that run state pension funds or other large pools of OPM that they have a *proprietary* system of gaming the market. For good measure they are personable, take the money allocators to Winged Foot, Garden City CC, and Westchester CC and to swanky restaurants....they may even have to make explicit kickbacks. It's not robbing Peter to pay Paul. It's robbing Peter who robs Paul, who robs Simon....who may even be robbing Joe 6-Pack's union dues at the bottom of this financial food chain. 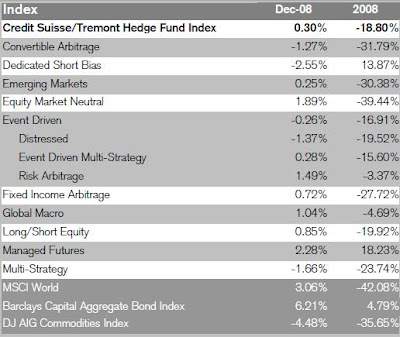 So much for *market neutrality*; so much for diversification.

Here's something I posted in a Forbes blog last year on the much-ballyhood *quantitative* packaging of hedge funds:

As for hedgefunds and the quantitative bent - there are more than a few that trade algorithmically, but the *quantitative* label, for more than one would think, is really just slick marketing. They can tell their investors that they have Phds writing code because they know the backers have no avenue to discover that much of the decision-making is still done by seat-of-the-pants-thinking human beings. In my experience, the guys that run hedge funds consider their number crunchers essentially as part of *operations*; in other words, they are to keep quiet and do only as they are told by their numerically illiterate superiors. In fact I have seen hedgefunds that ONLY hire Ivy League graduates - tell me that's not a pure marketing ruse on their part. What state pension fund wouldn't invest money in the "Ivy League Quantitative Arbitrage Fund"? I first learned about this *quantitative* scam when I was 20 and interning for a tenured, reputable UPenn economist. He was a (highly) paid adviser to some big fund based in Manhattan. We would run stupid multivariate regression models on the averages, currencies, etc. and present them in front of the directors who oohed and ahhed our every usage of "r-squared" or "auto-regressivity". Even though I was still sopping wet behind the ears, I know right there that it was all BS. The honchos had "a priori" (Jerry Bowyer-ish) opinions and just wanted some statistical propaganda to buffet their preconceived notions.