I Am A Special Victim Of Boston 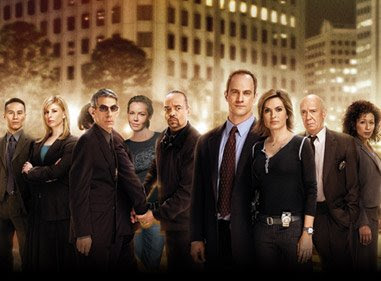 Last night my wife and I tried to *go out* since my parents came to see their grandkids.

We first tried the Scarlet Oak Tavern which was so busy we couldn't even get into the parking lot. Instead we took a drive up to Nantasket Beach in Hull. We were going to go into the Red Parrot but decided to try out some nondescript Italian restaurant called Mezzo Mare - a joint we've heard good things about. The place was actually kind of busy.

Having dined finely already (make your own pizza at a 4 year old's b-day party!) we just wanted a drink and an appetizer. One of the specials was *grilled asparagus with asiago and ham* for $12 and that's what we ordered.

Mrs. C-Nut assumed that the *ham* was really prosciutto and was astounded when the dish came. The ham was ham - in fact it was sliced deli meat! Y'all have to understand this restaurant had $24 entrees. They might have been able to get away with *real ham* on a $12 plate of asparagus but not lunch meat.

Reminder - this is Boston, the town where restaurants have no competition because of restricted liquor licenses.

The bartender was horrible as well. She was incredibly slow to take our order AND, then after we ordered, she went about gingerly getting us place mats and silverware; she struck up a conversation; and basically wasted a full 5 minutes before putting our food order in. How many times have I mentioned the staggering incompetence of Massachusetts bartenders?

Okay, the service was, well *par* for these parts. And the food hit an interesting new low with the ham. But the most ridiculous, most insane facet of the evening was the ambience.

In a somewhat busy restaurant on a Saturday night, at the bar, there was no music - no Frank Sinatra, no Bee Jees, not even any Delilah. They had the TV on and the barflies were mesmerized.

They had Law & Order SVU on two televisions with the volume turned way up. THAT was the ambience for me and my wife's date.

First of all, the premise of that show is unfathomable. Who really wants to watch a weekly show on sex crimes?

But having all of the color TVs tuned to that, on Saturday night, at a moderately expensive restaurant was mind-boggling.

Most of the bar patrons were sitting with their heads angled up to watch the show - like glazed zombies at home in their living rooms. Seriously.

I'll definitely go back to this terrible place soon - there simply aren't too many other options in this miserable town of Boston.

See also Boston and Alcohol and also Boston Without Alcohol.
Posted by CaptiousNut at 9:14 PM