Taxpayers Bailing Out The NBA 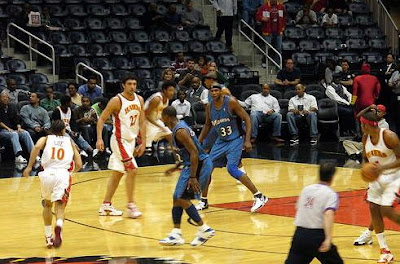 Yep, we are bailing out those billionaire owners of sports franchises:

The NBA is set to borrow $175 million Feb. 26, marking one of the first league financings since the implosion of the credit markets last fall.

The money, which will be available to 15 teams, supplements an existing $1.7 billion leaguewide credit facility that uses the NBA’s media contracts as collateral to secure loans for the clubs. The NBA surveyed its teams, and 15 responded they would like to tap into the new borrowing.

While the league said it is pleased to borrow in an extremely illiquid credit market, the deal came at a cost, with interest rates up to 8.27 percent, hammering home the notion that the era of cheap money in sports is over. The 15 teams can use the money for any purpose, but covering operating losses may be high on the list.

"In this economic environment, it’s tremendous that the league can place such a facility," said Alex Martins, chief operating officer of the Orlando Magic, which plans to borrow from the new debt. "It certainly helps us bridge the time period between now and when we move into our new events center in 2010. We’ve been operating at a $15 [million] to $20 million (annual) loss over the past half-dozen years, so it helps us."

Each of the 15 teams can borrow a maximum of $11.66 million from the debt proceeds.

The private-placement deal was arranged by JPMorgan Chase and Bank of America.

Note that picture above of an empty Atlanta Hawks home game was taken in March of 2007. It was taken during the good, *bubble* years!

Now you can go here and read empty-skull Bill Simmons' whining about how boring All-Star Weekend was for him in this economic climate.
Posted by CaptiousNut at 6:50 AM