Mark Cuban - Reminding Us He's Not A Total Dummy 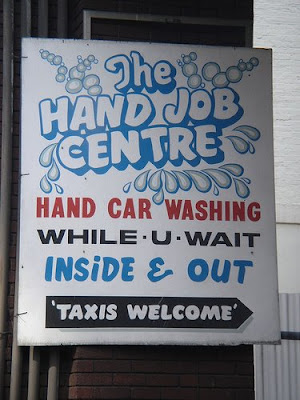 A week ago, Mark Cuban asked his blog readers to post business plans that he would consider investing in. So far there are a whopping 1,418 comments - many of which take his bait and post their *best* business plan ideas.

Of course he listed 13 stipulations, and this clincher:

You must post your business plan here on my blog where I expect other people can and will comment on it. I also expect that other people will steal the idea and use it elsewhere. That is the idea. Call this an open source funding environment.

Now, what Moron, if they had a really good idea, why the heck would they advertise it to the entire world? Wouldn't an email be more appropriate?

So Mark is taking advantage of $$$$-dreaming kids. That post cost him nothing but a few minutes of time and now hundreds of ambitious Morons are sending him business ideas. Who's to say that if a really good one gets posted, that Mark himself won't steal it? Forget *other people* co-opting it!

Again, would you really want to invest in someone who's stupid enough to publish their plan? There's a bit of a conundrum for Mark. 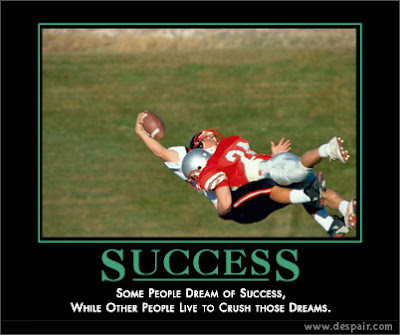 But here's the best part that'll might blow y'all away.

The Rules of Success

As MicroSolutions became more and more successful, and as I paid attention to the common traits of businesses that I saw succeed and those I saw fail, I came to realize that there are “Rules of Success” that I saw in companies that excelled. Where companies failed to follow those rules, inevitably, they failed. I found myself checking with “My Rules” before I made decisions. When I traded stocks or considered investments in companies, I applied The Rules to their business before I made a decision.

The best businesses in recent entrepreneurial history are those that have been started with little or no money. Dell Computer, MicroSoft, Apple, HP and tens of thousands of others started in dorm rooms, tiny offices or garages. There weren’t 100 page long business plans. In all of my businesses, I started by putting together spreadsheets of my expenses, which allowed me to calculate how much revenue I needed to break even and keep the lights on in my office and my apartment. I wrote overviews of what I was selling, why I thought the business made sense, an overview of my competition and why my product and/or service would be important to my customers, and why they should buy or use it. All of it on a piece of yellow paper or in a word processing file, and none of it cost me more than the diet soda I was drinking while I was writing it up.

These investors, including myself, know what you don’t, and they are not telling you. The minute you ask for money, you are playing in their game, they aren’t playing in yours. You are at a huge disadvantage, and it’s only going to get worse if you take their money. The minute you take money, the leverage completely flips to the investor. They control the destiny of your dreams, not you.

There are only two reasonable sources of capital for startup entrepreneurs, your own pocket and your customers pockets. I personally would never even take money from a family member. Could you imagine the eternal grief and guilt from your mom, dad, uncle or aunt because you blew your nephews college money or the money for grandmas last vacation...I can't.

You shouldn’t have to take money from anyone. Businesses don’t have to start big. The best ones start small enough to suit the circumstances of their founders.

As much as you want to think that all things would change if you only had more cash available, they probably won’t.

The reality is that for most businesses, they don’t need more cash, they need more brains.

Now, the date on the post is incorrect. It says it was posted in June 2004; it was actually posted in October 23, 2008. I have a pretty good memory, BUT NOT THAT GOOD.

If you read my post too fast you'll miss its point.

On one hand, Mark says never to take an investor's money; that investors will give you false confidence and could potentially *steal your dreams*.

As I've said before, Mark Cuban is intellectually incontinent, a hypocrite, and an incorrigible wealth-chaser - though at least he's great blog material!

Have you read the *business ideas* that were posted? I wonder if any were any good.