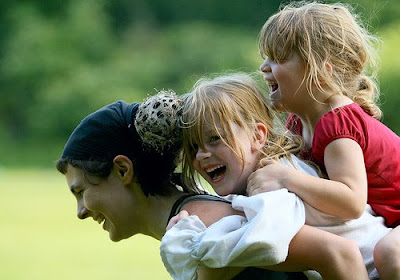 It seems like, from diverse feedback, that out of all of my unofficial trade *recommendations*, it seems like everybody went with the same two - DXO and SWC - both dogs. [Though I made $$$ on SWC stock last year].

Here's the deal - I'm only right about 30% of the time. A picker-and-chooser will not likely replicate my returns/losses. Understand you have to do the whole basket. Minimally, you have to coattail a super-majority of my positions and even then there are no guarantees.

I tried to get a relative to *piggyback* my trades a few years ago and it didn't exactly work out. Out of the first 3 trades, one was a small winner, and the other two losers. My fourth recommendation was to buy Google with me at $177 (click here). There's where he cut me off. He admitted later on that the idea of buying an odd lot (less than 100 shares) was a non-starter.

Of course, I rode that GOOG up to $750 or so (and then back down a bit). Had the piggybacking continued I could have parlayed that paper profit into more aggressive trades.

But we never got to that point.

I think most of y'all picked DXO and SWC for the absolute wrong reasons. You guys picked them because they are numerically cheap.

In fact I even joked with my oft-Moronic cousin, an SWC buyer, that if I had known that one appealed to him....I would have dumped it and gone short!

Don't be afraid to buy a little SKF, SRS, or TBT (when I buy myself, of course). Chances are you'll be buying more with me shortly thereafter - and that odd lot will grow to a round lot. Presently, I'm going to be doing my capital gains from last year and I have a sneaking suspicion that I made all my dough on SKF. We shall see.

I have to rethink what I want to do on this subject. I don't know that I want to post every trade I make in real time; what's in that for me besides eventual WWW embarrassment?; and I don't know how comfortable I am with the implicit responsibility for other people's losses - I have a hard enough time dealing with my own disasters!

But y'all are big boys, big girls, and West Coast Tom.

So I'll continue to post my trades; and promise more intraday updates.

Though I might create an electronic portfolio or something where y'all can see the relative size of my bets.

If this turns out to be too much work, y'all won't get none of it!
Posted by CaptiousNut at 8:08 PM

I picked SWC because I thought it'd be a way to make a play on platinum, which even now seems severely mispriced on the premium over gold spot. The problem is that sometimes SWC trades like every other stock in the market (down with the market, up with the market) and other times it trades like the underlying platinum. I think right now was just some bad luck as the market traded down AND the PMs traded back down.

As for my other shorts, I am not sure how I did following the dividend payout, that screwed up my Google Portfolio returns tracking and I didn't keep track very well of what the printout I got from Scottrade said, but I do know that SKF has been a big-time winner for me, up cumulative 33% with all the trades I've done with it so far, which makes me ever more confident to double or triple my position in it and watch the money pile sky-high! Bwa hahahaha!

No, but seriously, I meant to get out of SKF on Monday, as I said, and then hop back in in a bit, but I got screwed and didn't get my order in in time, so now I've lost $50 off the share since then. I will probably add to the position as we go lower... ETF decay or not, this thing has a tendency to go straight for the moon during times of panic, so I feel pretty good about getting the money back.

And I am going to leave QID alone, I don't know enough about NASDAQ but from what I am hearing it's all these tech companies that are delevered and cash heavy and so QID sounds like it'll be the real laggard short-wise... best to stick to DXD and SDS I think. I'll "nibble" at a little SRS again when it comes back down around 50-60, too, maybe.

And I am looking to grab a little more FXY around 100... I think this weakness in the yen is relative to temp strength in the dollar and those BS pledges by the BoJ to fight the power of the yen... yes, industrial production figures have been shite, too, but I think there's still some mighty big carry trades to be unwound out there, and I don't know if I'm yet confident that Japan is gonna beat the US in the race to the zombified bottom, so, for now, I think I want to add to the position a little again and slowly let it out as it creeps up toward 115 again.

Am I an idiot?

Faz is close to $50 in premarket because RBS is posting a record loss but announced a favorable deal with the UK treasury?!? Labor department announces record unemployment claims. I don't get it why people are betting on these banks. But on the other hand, I also am getting this bad taste in my mouth that I am turning into the jacka$$es at Foxwoods who walk around in sweatpants and comb overs placing money on black. I think I am going to sit and watch for a few days and let my trades and the dust settle and go into the weekend with more cash in my pocket.
Kfell

I think posting the size of your trade in percentages relative to total portfolio is a good idea. This way, one can tell when you're just *taking a flyer* on a stock or when you're taking a sizeable position, when you have a hunch or when you think you have a winner. Maybe even demonstrate when/how you *scale into* trades.

Sounds like Atlantic city to this former resident of Philadelphia!