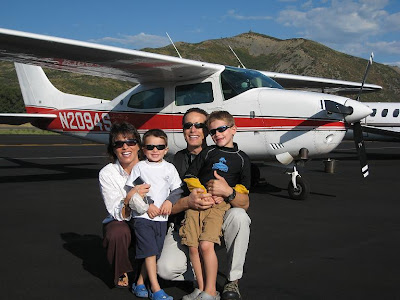 Recall my Small House, Big Boat theory. That's when you see a tiny chicken shack, perhaps in a more rural location, and just after you think how nice it would be to have THAT tiny MORTGAGE/RENT, you notice littered around the property....that whatever *shelter savings* the occupants enjoyed....that they just squandered them on a swimming pool, a camper, dirt bikes, ski-mobiles, and/or a Big Boat parked in their driveway.

It just doesn't well matter how much money American earthlings earn - invariably they spend between 98% and 110% of their income!

I had to drop something off at a relatively new friend of ours house the other day. I pulled up into the empty driveway assuming nobody was home. But the *mom* and her two daughters answered the door.

After mentioning my presumption about the empty driveway, she told me they only had *one car* - and that her husband had taken it to go to work that day. That's fine, right?

Only that one car was a BMW SUV. Furthermore, this *mom* informed me that she usually drives her husband to the commuter boat every morning at 7 FREAKIN' am. (And obviously has to pick him up each evening as well.)

So she not only has to be up and out early each morning, she also has to rouse her two daughters, ages 2 and 5, and get them into the car EVERY SINGLE MORNING.

Now, lots of people make due with one vehicle - and I applaud anyone who goes against the grain in doing so. But might they not be better served with two cars that cost as much as one BMW? I submit it's pretty cruel to put the wife and kids through this each morning when they could just buy a clunker for 2 grand that *dad* could use to shuttle the mere 3 miles from his house to the dock each day.

This *one car* family actually owns an airplane - a four-seater! - that they keep down on Cape Cod.

They might well be the only ones on the planet who don't have more cars than planes.
Posted by CaptiousNut at 4:56 PM