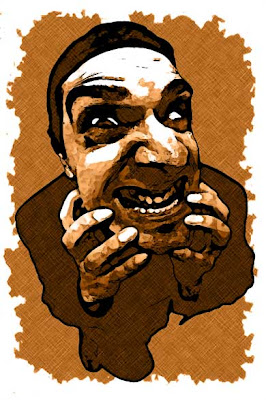 There have been no inroads made with my Moronic, criminal landlord.

He's impossible to verbally reason with - because he's irretrievably stupid - so I wrote up a proposal and put it in his mailbox. I figured that maybe if I spell out his options in crayon for him, in plain English, and give him some time to think about it, that he'll possibly come to his senses.

But he won't even take the letter out of his mailbox. He either thinks I'm trying to *serve* with some legal notice; or, he's playing a game - because I made it difficult to *serve* me.

Regardless, I'm pulling the envelope out tonight if he doesn't open it.

And on Monday I initiate self-defensive maneuvers...

Unfortunately, since I've been unable to convert my month-to-month lease into a traditional one, it's looking more and more like I'll have to leave this beautiful beach town right at the start of summer. Oh well, there are far bigger tragedies out there. And at least I got most of my money back.

UPDATE - While I type this, the clown served me with yet another summons for eviction. The house is being auctioned off in less than two weeks and yet he's still trying to evict me!
Posted by CaptiousNut at 4:07 PM