Tiger Woods raised a Buddhist? Who would have known?

Usually, after a bad shot on the golf course he yells, "God-damn it Tiger!"

Doesn't Buddhism deny the existence of a *Creator*? If so, who exactly is he cursing when he pushes the ball 2 yards to the right of the pin? 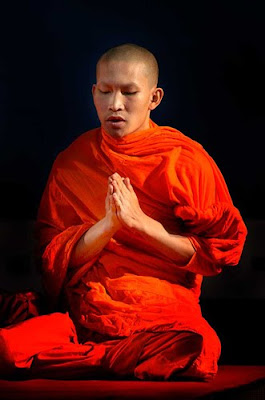 Of course I think it's total BS - he's no Buddhist. And his scripted faux-apology was laughable. It was like he was reading the definition of Buddhism, off a tele-prompter, for the first time.

Although at least he didn't bring in that monument to marital fidelity Jesse Jackson to *counsel* him, a la that other hound Bill Clinton. 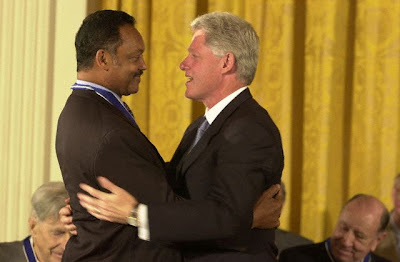 I've always sort of rooted against Tiger Woods each week on the PGA Tour - if for no reason other than for the tournaments to be competitive.

But now, after all this *dumb cheating* and *therapy*, I'm thinking Tiger ought to be rooted against absolutely.

What the heck do they do in Buddhist $ex therapy anyway - electro-zap the life out of his pecker or something???
Posted by CaptiousNut at 7:39 PM

Now, you being the yoga dude you are, you should know that the very first tenet of Buddhism is giving up sex. As a matter of fact, Gotama left his wife and small child on his quest for nothingness.

I didn't know that it called for abstinence. I'm not at all acquainted with the *philosophy* of yoga.

If that's the case, methinks Tiger ought to consider converting to REVEREND Jesse Jackson's religion.

He only ate food that he begged, which wound up killing him, and NO sex. Ever.

Gotama was also born a wealthy prince and renounced all of his wealth. Of course in the end, so did his father the king.