Too Much Food, A Problem 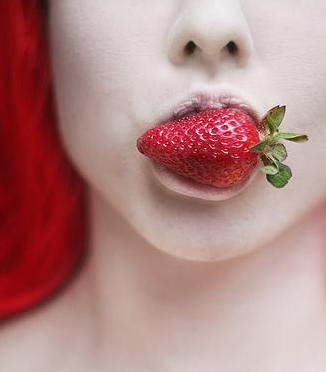 The other day I saw strawberries at the supermarket for $1.66 a lb. That's as cheap as I can recall seeing them, recently anyway.

What was going on here? Has the demand for food fallen drastically in this here Greater Depression?

Someone told me yesterday that farmers were only getting 25 cents per box now instead of their usual $1.00. In fact, selling them at that price is completely uneconomical (transport costs?) and therefore the farmers in Florida have actually taken to destroying their crops.

That article directs some accusations at the *weather* and how too many different varieties ripened all at once....but I wouldn't be surprised if there's at least an element of truth in my initial hunch.

That dissembling clown over at Calculated Risk probably thinks food destruction a great idea. And, FDR, if he hadn't mercifully left us long ago, would probably be proposing to destroy strawberries until the price rose back to $1 a carton!
Posted by CaptiousNut at 12:24 PM

This story, and the ABC article/video you linked to, just make me laugh hysterically.

So many people, saying so many stupid things about which they have no business even trying to wrap their small, ungrateful minds.

Farmers are selfish. But they're also producing crops for me and you to eat. But they're obligated to feed us all. But no they're not. They should plow the stuff under to support their prices. But they should be imprisoned for doing so. They used water to protect their crops, but they also destroyed wells and homes.

Is Florida even the best place to grow strawberries? Would we be having these problems if the government weren't subsidizing strawberry production? And what about the way in which government enforces property rights in water?

No... let's just blame the farmers and their evil greed... because when they want to make a living and feed their families (and other people's families), that is evil. But when a person at a homeless shelter wants a strawberry... that's noble and benign.