Thou Shall Not Be Amorphous 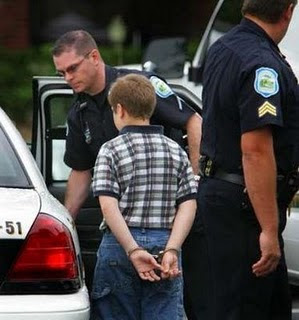 In a deeply disturbing notice, the United States Government Agency for Immigration and Customs Enforcement (ICE) has lodged an appeal of Judge Lawrence Burman’s grant of asylum to the Romeike family. The appeal was sent to the Board of Immigration Appeals in Fairfax, Virginia on February 25. In it, the ICE called homeschoolers too "amorphous" to be a "particular social group" and that "United States law has recognized the broad power of the state to compel school attendance and regulate curriculum and teacher certification” as well as the “authority to prohibit or regulate homeschooling."

On January 26, Judge Burman granted the Romeikes asylum after determining that the German government’s treatment of homeschoolers was “repellent to everything we believe as Americans,” and that Germany was denying the family “basic human rights.” The judge determined that the German state’s policy of imposing increasing and potentially crushing fines, the loss of custody of children, and possible criminal prosecution over homeschooling amounted to persecution. However, ICE pointed to the denial of an application in the European Court of Human Rights in the Konrad case as evidence that “the public education laws of Germany do not violate basic human rights.” ICE criticized Judge Burman for "improvidently disregard[ing]" the decision of the ECHR. In other words, it appears that ICE is arguing that U.S. judges should follow international law—rather than U.S. law.

Michael Smith, president of HSLDA, says that American courts should only rely on American law.

In its appeal, ICE argues that the U.S. government has the authority to simply prohibit homeschooling, and this should disqualify the granting of asylum. ICE further asserts that Germany’s harsh treatment of homeschoolers is mere prosecution, not persecution. ICE lawyers wrote that "[e]ven were such fear[s] objectively reasonable, these sanctions would only amount to prosecution.” ICE argues that the judge’s ruling is "speculative" because sanctions had been applied in a “limited number of circumstances” and that the Romeikes had failed to “make any effort to locate an acceptable alternative school." These claims were fully argued in the first Romeike hearing and shown to be false. ICE also noted parenthetically that the "Immigration Judge did not address how under various state laws of the United States a person can be similarly prosecuted for not sending one’s children to school."

HSLDA Staff Attorney and Director of International Relations Michael Donnelly, who will continue to coordinate the Romeike family’s legal defense in this case, said he was not surprised by the actions of ICE or the arguments they presented.

"It is disappointing but not surprising that ICE has appealed," Donnelly said. "Judge Burman appropriately noted that homeschooling is legal in all fifty states, and his decision reflects U.S. law which upholds the right of parents to direct the education and upbringing their children as an enduring American tradition, entitling the family to protection from persecution. ICE argues that Germany’s denial of a parent’s right to homeschool for any reason is acceptable. It is shameful that ICE, and by extension the U.S. Government, supports the persecution of German homeschoolers."

*US Immigration* thinks it fine (and worthy of Amnesty!) for border-jumpers to break into the the country, steal Social Security identities, send their kids to government school, and use emergency rooms as free drop-in medical centers...

But all those homeschoolers seeking political asylum from Nazi ancestors, yeah, THEY are a real threat to America!

Obviously, the idea that we should look to *international law* for how to run this country is ludicrous.

Though I was more off-put by the notion that prosecution is not the same as *persecution*. Heck, in this country if a so-called minority isn't merely granted a mortgage or enough representation on a color television sitcom it's deemed DISCRIMINATORY.

And it's not at all inconceivable that Big Government, one day, just goes out and bans homeschooling altogether. After all, look at the hugely unpopular cram-downs of recent times: Wall Street bailouts, Obamacare, etc.

So what would I do if homeschooling were suddenly illegalized?

I guess I'd either start up a new *private* school or send my kids to one that had liberal attendance enforcement.
Posted by CaptiousNut at 6:46 AM

What is your breaking point? When do you simply leave the country?

Taylor, you don't leave YOUR country !! You work to rid YOUR country of elected officials undermining YOUR God-given natural rights. Let THEM leave YOUR country . You start at the bottom...local elections to rid the corrupters. In your most (to use John Neuhaus' word ) "winsome" manner, you speak up at every opportunity assaulting emotion with logic. Man-up, get in the fight ! MIL

Thank you. In principle, I agree with you wholeheartedly.

However, I think you're confused-- elections are how politicians get INTO office, not how they are removed from it. There is no election to remove someone from office. There are only elections to put someone else into an office.

Voting and elections, then, can not be the solution to "taking back the country" so to speak.

I do believe I have natural rights. I don't believe their god-given. But more importantly, I don't think it's important that they be god-given or otherwise-given or -received.

Now, if elections are not the answer, and the villains won't leave voluntarily, and C and most other people are not yet ready to FORCE them out (you interpret that how you will)... maybe leaving "our" country for a nicer place with less vindictive tyrants is the most... eh... "practical" solution?

MIL, not to bring this up in a condescending manner, but would you have stuck it out in Old Mother Russia, for instance, circa 1917, and worked diligently to take back your country? Or would you rather have seen the writing on the wall and made haste for the exits, taking your family and your dignity and your life with you to some other place where you could wait it out for a bit?

Sore losers all across the fruity plain vowed to *move to Canada*, or *to Europe*, etc.

And I prayed to God that no matter what tragedies befell me in my life, that I would NEVER say anything so pathetically Moronic in the face of them.

I can work around the BS, the communism, no matter what they throw at me.

But I feel for others who don't have that capacity.

And I'm not about to *get into the fight*. I'd sooner bang my head against a stone wall than go to battle with immovable institutions and the inertia of generational stupidity. If I didn't have kids to raise....perhaps.

Taylor leaves some decent comments once in a while.

Imagine how much better they'd be if he spent more than 8 minutes on them!

I spend, on average, 9 minutes on my posts and comments alike!

And my original comment-question was completely not about qualifying or arguing for or against leaving as a strategy. I was merely inquiring as to whether or not you have a pre-determined breaking point and if leaving was something you'd consider strategically.