Pig Flu Bogeyman - Up For Slaughter 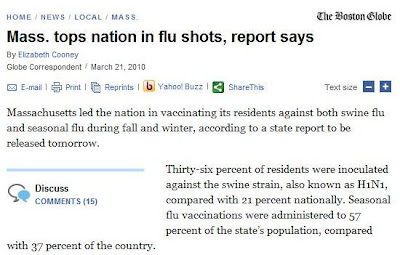 I'm not kidding when I say, over and over again, that Massachusetts actually has the dumbest people in the country!

And that's a direct consequence of it being the most *educated* state.

Schools, as currently run, DO NOT liberate or inform minds. No. Instead they render them useless. They create a self-unconscious mind slavery that can work wonders like....impel residents to vote FOR taxing themselves, etc.

As of March 18, 32 deaths had been confirmed in Massachusetts, all but five among people who had underlying medical conditions, according to the state.

And the clown asserts that:

About one-third of the population has already had H1N1, and another third has been vaccinated. That level approaches what public health specialists call "herd immunity,"...

And allegedly one-third of them caught the pig flu... 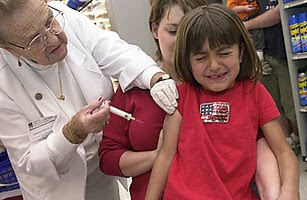 People here don't wear seatbelts but are scared to death of innocuous *pandemics*! This can only be described as a triumph of idiocy and propaganda.

So long as they are talking about SHEEP.

You know, it seems like just yesterday those medical quacks were defending pig flu hysteria in my comment section...