Everyone's Getting Old, And Looking Back 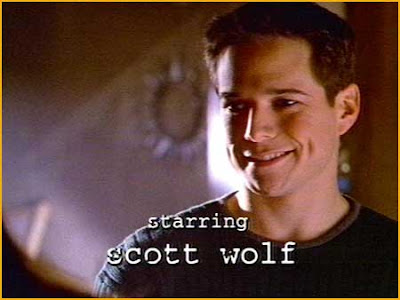 Just the other day I was wondering what happened to *Bailey* from Party of Five. He's actually 40 now!

He's done NOTHING in the nine years since that show ran its course, right?

I got a chance to google the answer...

And apparently he's starring in some "V" remake that just premiered.

I don't care what anyone says....the original from 1983 or so was WICKED AWESOME.

I freely admit that I cried when one both of those shows went off the air.
Posted by CaptiousNut at 8:18 PM

Email ThisBlogThis!Share to TwitterShare to FacebookShare to Pinterest
Labels: television, the eighties

You were actually wondering what happended to Bailey from Party of Five?

Yeah, but only because I came across my old Po5 wall poster.