Hold Those Kids Back - Lest They Amaze You 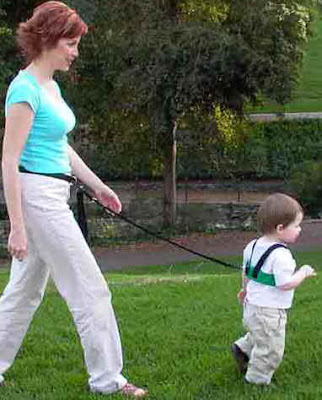 Fresh from my personal inbox:

Interestingly, my sister runs a daycare....she was complaining about a parent who pulls her kid out of daycare early to take him to reading lessons (the kid is 3). My sister says (no joke), "What's the point of learning to read when you're 3 years old? That makes no sense. When the kid gets to kindergarten, he's just gonna be bored, sit there, and probably cause trouble for the other kids." I tried to offer enlightened alternative perspectives, but she firmly believed (and argued with passion) that learning to read before kindergarten is wasted effort.

There's nothing outstanding about that Moronic email...

Except that I believe it's the THIRD TIME in the past few months where I've been relayed THE EXACT SAME line of *reasoning*.

What's sad about those parents, who intentionally hold their kids back, is that they are merely trying to game the useless and harmful system of academia.

All of the millions of kids and parents out there hellbent on getting *good grades*...

I look at them with sad eyes. What a tragedy of wasted effort and wasted humanity.

Go ask any 'old coot' out there. Ask them how supremely pivotal their report cards were for the course of their lives.

It's merely a triumph of social propaganda and institutional inertia. Once a degreed and certified class is raised and ascendant, it's near impossible for them to ever look objectively at the BS system from which they graduated.

In fact I was thinking about this the other day. I've read a ton of people, smart ones to boot, but I've NEVER read one person like myself who Marginalizes their own inadequate schooling. I believe my rare capacity speaks to a poverty of genuine self-analysis amongst the population.

Yeah, I do have such a massive ego that I can rip myself apart and keep my chin up.

And for one good, classic post where I Marginalize myself, see - Sheep To Slaughter.
Posted by CaptiousNut at 10:50 AM

What could someone possibly say to a parent that basically tells them that they want their kid to be stupid? I have no clue how to respond to this other than, "The world needs ditch-diggers, too!"

Yes indeed, you did send it awhile back.

That guy is diagnostic more than prescriptive if I recall - on creativity.

I believe that creativity simply cannot be taught, not in the conventional *teacher-pouring-info-into-kids'-heads* way.

No it must be cultivated much differently.

There was some good insight on creativity in that book I mentioned.