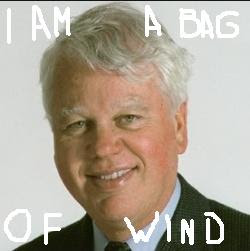 Bob Ryan is that once-revered, 'old coot' Boston Globe sportswriter. The public only enjoyed reading him because, well, back in the day the information pipelines were monopolized; and he was the best of the worst. The internet and the explosion of non-traditional media has thankfully outed him for the poseur that he always was.

Today he's rambling about Tiger Woods - about how worse than lying to and cheating on his wife is the fact that Tiger has become the butt of *jokes*!

But you cannot allow yourself to become a cartoon.

He then attempts to draw a parallel prediction to NBA standout Dennis Rodman - a man whose antics eclipsed his accomplishments.

Is Tiger really in this category? 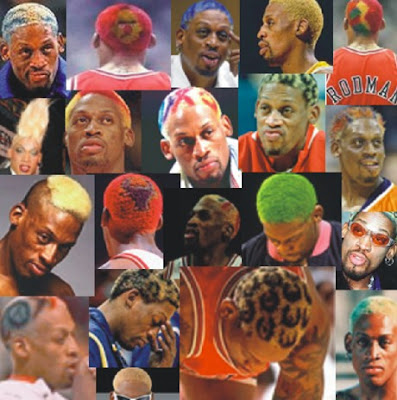 That's where I think Tiger is already. He's a joke, a punch line, a cartoon. That's the last thing you want to be, and I'm not sure it's reversible.

Well Ryan, most ironically, has become sort of a cartoon character in his own right in Boston. Everywhere he goes surely people ask themselves, "Why the bleep did I ever care about HIS take on last night's game???"

Though personally, I never, EVER cared much for him.

You know, in the wake of Hurricane Katrina, he wrote an article bemoaning that potentially the worst consequence of the disaster was that *many of his favorite restaurants might never re-open*!

And he also got in hot water dissing Jason Kidd's wife. Story here.

Some years ago, I used to harass him all the time over email - as did plenty of other blogger-types. But now, he's so pronouncedly irrelevant that most everybody ignores him.

Fame is indeed a slender reed to lean on....and that goes for all of them.

(Some blogger here says that Bob Ryan hasn't written a basketball article in two months!)
Posted by CaptiousNut at 11:13 PM

In the mid 70's I had the misfortune of taking a course with Ryan while getting my masters degree at BU's school of broadcasting. He was only perhaps 3 or 4 years older than I and apparently, as I was a rather attractive young woman he felt duty-bound to hit on me. He was cocky and supercilious and a barely adequate teacher, and does not appear to have altered much over the years, beyond going gray.

I can't imagine Bob Ryan ever had any success with the ladies.

A lot of pimple-faced pubescent males (sports nerds) may have had him in their dreams, but that's probably it.