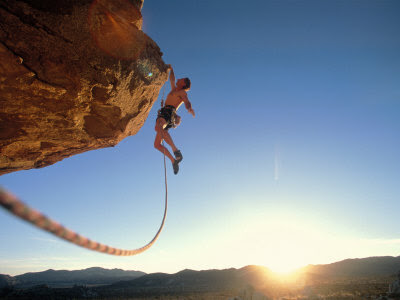 So early today yesterday I braved 8 degree weather to be first in line for a oil change before my drive down to New York. There I met an interesting fellow.

First, he was trying to secure a *low price* with the mechanic for some front-end work.

Dude - The thing I'm concerned most about is the price, it being the holiday season and all...

How are we supposed to interpret this? That he spent all his disposable income on Christmas presents or something?

Does Christmas really qualify as a *financial tragedy*?

More? No, a whole lot less. They get plenty of junk from others as far as we are concerned. They scarcely even know who Santa is for that matter.

But I remember as a child, some 25-30 years ago, that I believe my parents spent $100 on me and each of my three siblings. So proportionately, and judged for inflation, my working class parents wasted considerably more money each December.

I just don't get why parents extend themselves so much for mostly junk - toys that'll mostly be long-since-forgotten by next year. Christmas IS NOT a secular, commercial holiday - or at least not in its origins.

This dude also told me about his *thrill seeking*.

He said he climbs Mt. Washington 16 times a year....and skis down it! (For those of you unaware, it's a small but nasty peak in New Hampshire - featuring some of the strongest winds on the planet, extremely variable weather, etc.)

And he also said he surfs, but only in really tumultuous weather, in the tail-end of nor'easters and hurricanes or something.

Dude - (leaning over, unblinking, and with his fist clenched) I've just got to get the adrenaline going....Because of my job (law enforcement), I can't do drugs....and when nothing's going on I have to do other things like *cheat on my wife*...

Dude - Just kidding (without even so much as a smirk).

Egging him on, I didn't blink or react either:

CaptiousNut - Yeah, and you can't just go to Quincy and get a washy-washy....no....you have to, like, sneak out while your wife is in the shower and tag your next-door neighbor.

Anyone else want to buy *puts* on his marriage?
Posted by CaptiousNut at 4:33 PM