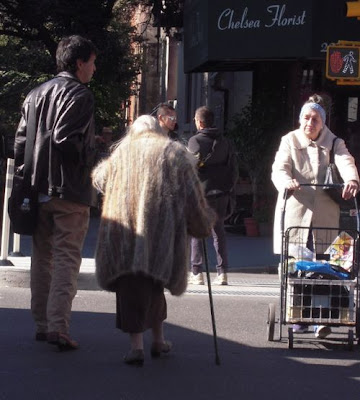 Very good article here on how humans are biologically disposed towards *help*:

We May Be Born With An Urge To Help

What is the essence of human nature? Flawed, say many theologians. Vicious and addicted to warfare, wrote Hobbes. Selfish and in need of considerable improvement, think many parents.

But biologists are beginning to form a generally sunnier view of humankind. Their conclusions are derived in part from testing very young children, and partly from comparing human children with those of chimpanzees, hoping that the differences will point to what is distinctively human.

The somewhat surprising answer at which some biologists have arrived is that babies are innately sociable and helpful to others. Of course every animal must to some extent be selfish to survive. But the biologists also see in humans a natural willingness to help.

When infants 18 months old see an unrelated adult whose hands are full and who needs assistance opening a door or picking up a dropped clothespin, they will immediately help...

Time forbids me from summarizing it and commenting with due justice. So read it for yourselves.

I may have to look into these sources some more; a couple seem like they really *get it*.

I'm sure I've said it before - it's the *planners*, economic and social, whose institutions and agitprop turn naturally humane beings into selfish, rude, sons of b*tches.

Furthermore, if the lumpen masses are inherently social and compassionate....then that obviates the need for Big Government paternalism, redistribution, AND its very existence!

This is a subject at the forefront of my brain these days.

You see, I just recently realized that I've spent my entire 35 year existence in the furtherance of MY dreams, MY pleasure, MY self-amusement, MY education, and MY future.

I can darn well teach my kids academic subjects with the utmost competency.

But it hasn't been demonstrated that I know the slightest thing about living a charitable or others-centric life.

So on this subject, I'm going to have to learn and teach at the same time.

Later this month, I'm scheduled to do my very first act of off-my-ass, non-financial charity in one of the local hoods.

I have to start somewhere...and better late than never, right?
Posted by CaptiousNut at 9:42 PM