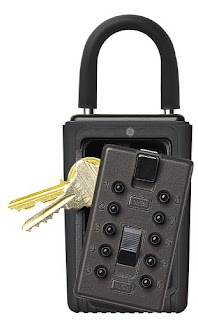 As I mentioned the other day, I had an altercation last week with my Moronic landlord that culminated in the authorities pulling into my driveway.

Listen to what the catalyst was.

This knucklehead has decided that he wants to *short-sell* the house I rent from him.

Why did we say that - AND allow such an accommodating provision appended to our lease this past summer when we renewed on a month-to-month basis?

Because this guy had a very slim chance of ever executing a short sale. Consider that:

So sure, you give us *reasonable notice*....and we'll let you show the house, Moron.

Since the summer, about 10 people have come by. But we never, ever received reasonable notice. The jerk would just show up and bang on the door! The last two instances were enough, and we told him off. We informed him we needed 24 hours notice - merely what state law has defined as *reasonable* as stipulated in our agreement.

But getting back to the altercation...

Last week, scumbag is again banging on my door with his face about an inch from it. We exchanged some brisk words about the last time he tried to show the house and was promptly told off. Then we moved on to a new point of contention.

He told me that he was stepping up his efforts at a short sale (lowering the price?); AND that he wanted to put a *lock box* on our door.

"ABSOLUTELY NOT," I told him. He right away got pissed. I told him we had jewelry and all sorts of valuables....that we couldn't have tons of local realtors having access to the inside of our house, whenever they wanted. I said, "NO, YOU GIVE US 24 HOURS NOTICE, and SO LONG AS WE ARE HERE,....the house can be shown."

He was screaming, "IT'S MY HOUSE!"

To which I retorted, "IT'S THE BANK'S HOUSE."

Let me ask y'all a question.

Is it me, or is he out of his FREAKIN' MIND to think he could put a lock box on a rented, occupied house?

The whole story is starting to get surreal.

I mean why the bleep does he want to short-sale this house?

Heck, it could be a year (or more!) before the taxpayer- owned lender repossesses the house. So long as the banks are dragging their feet, he has the potential to rent it out for $2,500 a month INDEFINITELY.

Back when we were on speaking-terms, the clown told me that he preferred to short-sale his homes because it would *help his credit*.

But that's bullcrap. He's already defaulted on several mortgages, property taxes, utility bills, had a bunch of credit cards *turned off*, etc. This deadbeat is eventually going to have all four of his properties foreclosed upon and he thinks there's a chance in hell his credit could be repaired by a single short-sale?

However, I have recently discovered his SCAM reasoning.

It's not enough that he gamed the banks from the get-go - buying off appraisers and stealing millions in cash-out refi's from the most gullible lenders.

And it's not enough that he's now renting out two of his properties, reaping at least $5,500 a month for himself while stiffing the banks (and in all likelihood income-taxing authorities!).

No, he's trying to get them AGAIN on the way out. For these short sales, he's also trying to GET PAID. He's going to give the official listings to a subprime co-conspirator of his in an obvious *kickback ploy*. Even if they sell my house for a cheap 500k, he's thinking that's $25,000 or so to his cohort - plenty enough to be divvied up on the down low.

This is by no means an original scam. All the defaulting, speculating agents in Florida are doing the same - trading distressed, personal, property listings.

I think that at some point, my doofus landlord is going to scrap this plan of his, capitulate to reality, and just walk away. (Heck, I even saw *moving* and *storage* letters in his mail today!)

But in the off-chance that he does somehow orchestrate a distressed transaction for one of his the bank's homes....at the last minute I'm going to inform the bank of his conspiratorial (standing business) relationship with the broker. If that doesn't convince the bank to disallow a short-sale, it'll probably at least be leverage for them to whittle the sales commission down to nothing.

Haven't heard anything from the guy in almost a week now. The silence is really deafening.

I did my research. Apparently *reasonable notice* is not only 24 hours, it must be written. And a note on the door may not suffice. That means he may, arguably, have to use certified mail if he wants access.

Hardball has always been one of my favorite games!

On another note, one of our *dream houses*, in fact the one we unsuccessfully bid on 2.5 years ago....after eventually selling, I've learned it may be back on the market - a divorce or something. See - Real Estate Autopsy - for that saga of yore.

Posted by CaptiousNut at 8:23 PM

That was a great story about that Hingham home. Are you going to make a bid on it now? I think it would be priceless if you do, and win the bid and send another email to Leroy about the purchase price...

Just found out the house was just rented with a two-year lease, sight unseen.

There's NO WAY the rent covers the monthly expense of 4k!

In the nearly 3 years since then, we've changed our preferences. That house had a tremendous interior - skylights, high-ceilings, great flow, spacious,...

BUT its exterior - yard, deck, and location was pretty bad.

Back then we didn't think much of of the latter, but now we're more into location and property.

And two years from now....something else will be paramount!

Hardball? As of now you appear to be just part of the crowd taking it up the tailpipe from this buffoon.

Yes, I've been holding back my leverage until now. Had I fought back earlier, I might not have been able to stay here so long.

Bear in mind, I rented a place for $2,500 a month that would have cost me, at the time $4,000 a month to *buy*. He definitely underpriced the rental back then. So I've been living large in that sense.

Within the four surrounding towns, there's absolutely nothing comparable for rent. When we have to leave it's going to stink moving into something worse and more expensive.

Your landlord sounds like a member of Congress blathering on about the advantages of putting a lock box on America's healthcare system. It will improve our nation's credit rating! Talk about obese crackheads. When America shut down its mental health facilities, why did it have to dump all those loonies in Congress?