Try To Contain Your Laughter 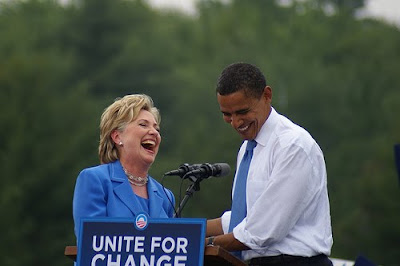 The Massachusetts House of Representatives appears poised to consider an overhaul of the state’s most troubled schools next week, as members take up a bill that could represent a major setback for teachers unions.

The proposed bill would give superintendents extraordinary powers to ignore teacher contract provisions in firing teachers for good cause at underperforming schools.

It would also allow superintendents to impose changes in workplace rules, such as extending the school day, at those schools if negotiations break down, key House leaders said in a telephone briefing yesterday.

The state’s teachers unions have been aggressively lobbying the Legislature for inclusion of an appeals process, concerned that superintendents might make decisions based on politics, rather than merit.

Too bad we didn't get a direct quote in there. But even the insinuation that *unions* are decrying the elevation of *politics* over *merit* is absolutely hilarious.

While some unions may seem to be making out these days, I submit that overall they'll be gradually losing perks and power for the foreseeable future - as the pols who gladly take their money grapple with economic realities.
Posted by CaptiousNut at 10:18 AM