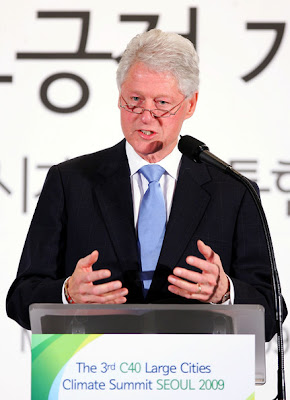 So apparently right now there's a *Climate Summit* going on in Copenhagen.

Bill's not there but they took precaution nonetheless...

Copenhagen Mayor Ritt Bjerregaard sent postcards to city hotels warning summit guests not to patronize Danish s*x workers during the upcoming conference. Now, the prostitutes have struck back, offering free s*x to anyone who produces one of the warnings.

What exactly isn't *green* about the business of prostitution?

Must be the petroleum-product latex, right?

Well I just googled....and it turns out that latex is supposedly organic, from trees or something.

And utilizing prostitutes has to be greener than going home all bottled up, and possibly impregnating one's life partner, right? Link:

Families with more than two children create an unbearable burden on the environment and is ‘irresponsible’, says an environmental adviser to the U.K. government quoted in the Sunday Times.

The chairman of the U.K.’s Sustainable Development Commission believes that in order to seriously combat global warming, population growth needs to be curbed through the usage of contraception and abortion.

"I am unapologetic about asking people to connect up their own responsibility for their total environmental footprint and how they decide to procreate and how many children they think are appropriate," Porritt said.

Porritt, a father of two children, even went so far as to say that the government should be shifting some of their funding from the curing of illnesses to paying for contraception and abortion.

So, what the heck could 'Be sustainable - don't buy s*x.' possibly mean???

This inanity means nothing.

It's just MORE proof that the entire eco-pagan agenda has been co-opted by global statists - Morons who simply want to control every aspect of human behavior. Anything these pinkos don't want people to do is simply branded *not green*. 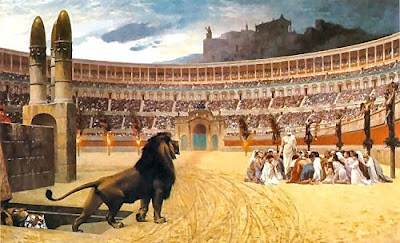 Go back a couple thousand years to the Roman Empire.

Remember at first, Christians were viciously persecuted as a threat to the Emperor. Early believers were crucified, stoned to death, and became lion meat in the Coliseum.

But, as time wore on, and the religion kept growing....subsequent rulers actually ADOPTED Christianity as the new state religion!

They didn't do this because they were all of a sudden imbued with the Holy Spirit.

No, they sanctioned Christianity to help maintain control of those wretched plebes. 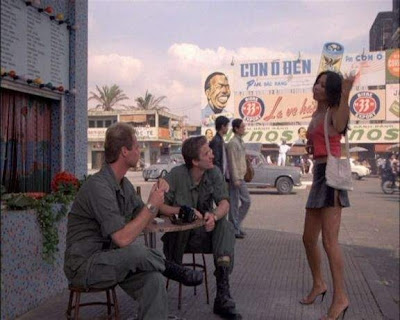 I do wonder if there is in fact *scientific consensus* on the brownness of the world's oldest profession...
Posted by CaptiousNut at 11:07 PM