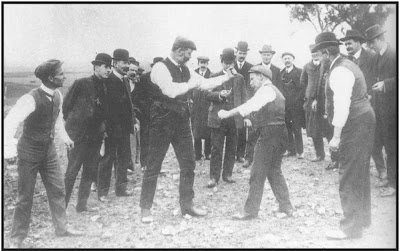 So, I had at it with my Moronic landlord again yesterday.

He accosted my wife as she was getting out of the car, asking her *if she intended on paying the rent*. The guy is a real man, let me tell ya; he sees me all the time but won't dare accost me! No, he goes after my lovely, somewhat less volcanic wife.

Now I was inside at the time but saw the whole thing develop. I ran out, interceded right away, and screamed at the SOB to *stop harassing us*.

Dummy - I'm not harassing you. I just want to know if you're going to pay the rent.

And I quickly sent my wife and kids into the house.

Dummy - I want the rent check.

Then I started to laugh...

CaptiousNut - Do YOU pay all your bills???

Recall this scam artist owes well over $4,000,000 to home lenders, credit card companies, utilities, contractors (a couple of whom I've seen come looking to pound it out of him!), lawyers, architects, and God knows who else.

I whipped out my camera and started recording...

And I walked into the doorstep; he followed a bit, hollering and gesticulating as he's done before:

Dummy - THIS IS MY PROPERTY!

He paused, got into his (new?) beat-up truck - which ironically set off the car alarm! - called me *crazy*, and said:

CaptiousNut - Hah! Go ahead. Make sure you know all the laws first.

About an hour later I received a phone call from someone who claimed to be the knucklehead's lawyer.

Attorney - He wants to know if you're going to pay the January rent.

Attorney - Again, he wants his money

Attorney - Well, there are legal procedures for these matters.

Then he mumbled something about *if you want to go down that road...* and he had me REAL SCARED.

Pretty much that ended the phone call, except that I got one zinger in at the end:

CaptiousNut - [laughing] Make sure you get paid up front!

Later that afternoon I was put into contact with a possible lawyer for myself. At this point, I just want a restraining order against the Moron. I want him to be told by the authorities that he can't badger us in any way shape or form - no matter whether what our *paid rent* situation. That might cost somewhere between $500 and $1,000 - which is way more than I want to spend. Will meet more formally with the lawyer on Tuesday.

My wife laughed for a good 10 minutes at my line *do you pay all your bills?* - a line that I cultivated and rehearsed for such an altercation. It's profoundly ironic that this guy, who NEVER pays his bills, can feel so entitled to our rent. I mean, if HE were us, he wouldn't pay either; and probably would have stopped paying ages ago! 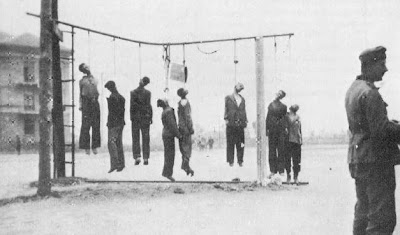 What's driving him at least as crazy as the lost $2,500 this month is the fact that we won't tell him anything - like are we moving out, are we going to pay in February, etc. That's a deliberate tack on my part because the scumbag doesn't deserve even that much. Plus, he can't start an eviction process for like 30 days; and it's not even worth his time (or fees) to pursue such a matter without several months of delinquency. Meanwhile, his remaining credit and funds are drying up, his *necessity* bills (like food, gas, and whatnot) have to be mounting, all as he approaches the end of his rope.
Posted by CaptiousNut at 3:33 PM

Interesting cost-benefit analysis... I'd never trade money for the stress and risk of dealing with an a-hole like your landlord. Is this a good environment for your children?

What outcomes are you trying to accomplish re: your deposit, landlord, etc.?

Our goals are not clear at the moment. Ideally, my leverage should grant me peace + benefits but this guy is really dumb.

We'll see if he changes his tune when the authorities get more involved, and time passes. It's just too hard to predict what's going to happen.

the restraining order should do wonders to your peace.

his lawyer or any other proxy should be expected to be more professional in nature.

i would say use your leverage, it is all with in the law. Its not like you are committing fraud.

Thats what obama said when somebody asked why nobody from wallstreet went to jail or indicted for financial-crisis/collapse/bailouts - everybody acted according to law. slicing/dicing/rating/selling MBS/CDS is the law.

This is a great "cliffhanger" series. Keep 'em coming.