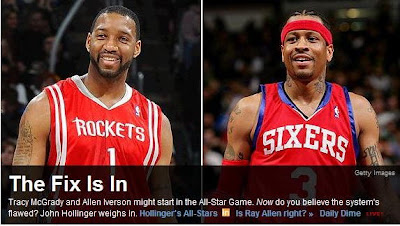 Hah! So Allen Iverson, the thug who NO ONE wanted on their team this year, even for a paltry $3 million....gets voted into the starting line-up of the NBA All-Star game.

Of course, they allow 7 year-old boys, women(!), and chinamen to vote, so who could be genuinely surprised at the results? 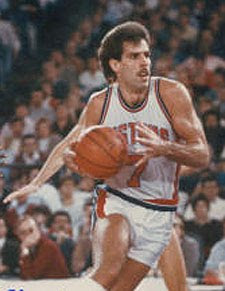 But All-Star voting controversy is nothing new.

I remember when I was a kid, I think it was 1984 where Larry Bird almost lost out to one Kelly Tripucka in All-Star fan voting.

Who the bleep is he, right?

What I heard at the time, and none of which I could confirm from googling, was that Tripucka's father ran a Miller brewery or something - and that Miller was handling the ballots.

Democracy certainly has its flaws....but name a better system, you scoffers!