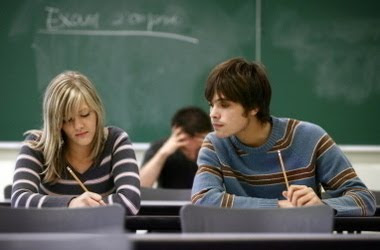 Yesterday, in my analysis of that mimbo Scott Brown winning the open Massachusetts Senate seat I said:

I really don't know. The vote, as unpalatable a candidate that Coakley was, it was surely a referendum on Obama to an extent...

And this, I believe, is one latently racist (and sexist!) state!

To be sure, the fact that 52 percent of Massachusetts voters are racist, sexist tea-baggers -- i.e., voted for a Republican...

Now I've known for quite some time that Ann reads my blog (and posts anonymously!)...she's certainly welcome here like everyone else.

But, to start *borrowing* my content? That's across the line!

Recall that some upstart was also caught in a similar act. See - Glenn Who?.
Posted by CaptiousNut at 9:27 AM

Oh gosh: you just had to listen to MSNBC on election night to hear the same thing. Add stupid to the racist/sexist meme, and you have the Maddow/Olbermann commentary in full.

Yeah, apparently MSNBC feels the pickup truck is a racist symbol. And all this time I thought it was supposed symbolize someone who works for a living...

Glenn Beck is a tool. Rachel Maddow was unhinged on Tue night & looked like she was about to cry when they announced the Brown win. My favorite part was when she kept whining about Scott Brown and his lack of inexperience...yet supported Obama. Pffft. Spare me.

I lived in Chicago through the Obama years...he. did. nothing. notable. sent his kids to private school vs. sending them to publics in his own district, and let's not forget that he won the senate seat running against ALAN KEYES after Jack Ryan dropped out due to scandal. They wanted Ditka to run...and I am confident that if he had, Obama wouldn't be sittin' in Washington right now. Hell, Ditka would have made a better president...at least people fear him.

So now we have Mrs. Obama preaching about childhood obesity after admitting on the campaign trail that she sometimes fed her kids Lunchables.