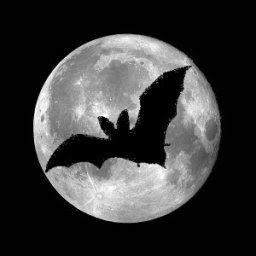 So my buddy, that intellectual giant Barry Ritholtz...

He put up yet another unscholastic *rant* the other day. In it he accused the Wall Street Journal of being an organ of propaganda:

The politicalization of the WSJ has moved to a new and more risky phase. The paper is now in danger of being a money loser — not for its investors (tho that has already happened), but for those traders who read its content.

It used to be that articles on the Market or specific companies or various finance stories were objective and reliable and free from bias. Sure, you could always count on money losing, bat-shit crazy nonsense in the editorial pages, but that was a special area of sequestered partisans, who due to their insanity cared not a whit about how much capital their lunatic ravings lost their readers.

So the Wall Street Journal responded to his post, and essentially toppled his jerry-rigged hypothesis. Though Barry, as he always does, remained strident in his whining - and posted a couple more times on the subject.

I don't want to get carried away by the details of this little incident. Heck, I found the Wall Street Journal useless for trading/investing 14 years ago when I was only 21! I've pretty much almost never read the thing - or Barrons.

I wanted to talk about Barry - a self-declared *non-partisan*.

In the fog and crossfire of his incessant whining, it may in fact be hard to see. But it's been long clear that he's an outright apologist for Big Government and one of those well-defined *New York [you know whats]*. Furthermore, his *partisanship* is no more evident that in his blog's thoroughly politicized comment threads. Obviously, I'm not the only one he's censored from the echo-chamber of his forum. And it didn't used to be so, well, one-sided.

Barry's not a partisan?

Well then who authored this post on his blog? 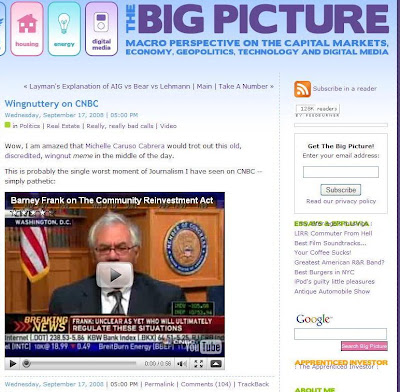 That's as much a partisan characterization, as great as a partisan admission as one can make! 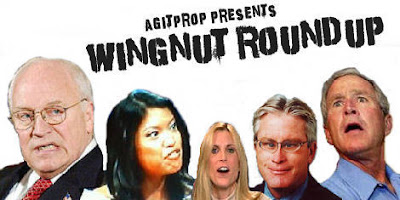 Go search his non-partisan blogging for the inverse of that *term*. 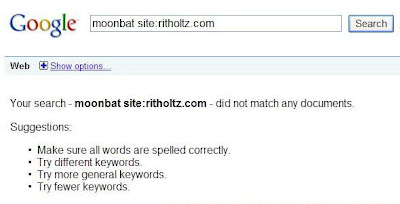 I don't care if he's bashed *both Bush and Obama* or asserts that he *despises political parties*....

The guy LOOKS and quacks like a duck. (And I'd wager that this bird is no fan of *religious people* either!)

Barry Ritholtz We Beg You To Stick To Stocks

Barry Ritholtz Called Me An Idiot
Posted by CaptiousNut at 2:24 PM

Right on. That pretty much captures everything about him. I always wondered how his blog ended up at #1 spot in "top financial blogs" and have doubts about his viewership numbers.

his frequency and quality of posts went down a lot over the last 1 year. He tries to gets around that by inviting guest posts etc.

Why waste precious time on that guy?

Fisking BR falls into the realm of *moral obligation*! Plus I promised to harass him, after he tyrannically banned me from posting monthly comments on his blog.

Definitely. His blog has become hollow. Why should he care? It served its purpose. It gave him enough visibility to acquire a ton more money to *manage*. He'd actually be crazy (in addition to ignorant) to focus on the blog at the expense of his skim business.

I don't watch him too closely but I don't recall see an explicit stock or market call in ages.

I overlooked the benefits in having a financial blog : more self-promotion, more clients, credibility buildup etc. Not a bad idea for people in "managing other people's money" business.