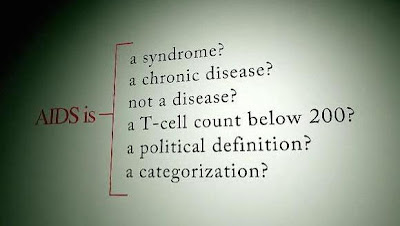 It should be no surprise to any thinking man, that given the more current examples of the pig flu quackccine and so-called *climate science* that there's also been a huge $cam afoot with AIDS/HIV:

So why again is Magic Johnson still alive?

A friend of mine used to sell an AIDS drug for Merck. He told me that the drugs could keep someone alive *indefinitely* - so long as they (or a third party!) continued to fork over the $10,000 in annual costs.

Given those lucrative economics....who amongst y'all is willing to bet AGAINST the existence of massive fraud and rank quackery? 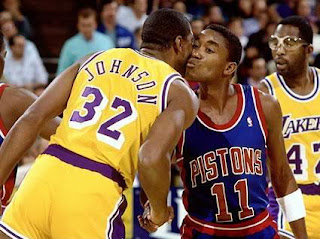 Posted by CaptiousNut at 1:48 PM

there is cure out there for AID$ but bigpharma doesn't want to loose the revenue.

yes and Magic Johnson is a paid consultant...
wtf are you trying to suggest in this stupid post?

I ignored my neurologist and got myself tested for CCSVI. They are just a bunch of LIARS and MURDERERS !
Time to pull out any BigPharma stocks !

You should search google for LewRockwell.com + AIDS there have been some interesting "alternative science/medicine" articles hosted there over the years by AIDS skeptics.

My uncle died from AIDS in the mid 90's. Guess he wasn't in on the conspiracy. I have to agree with Mark on this.

Thanks for the link on that MS news. No, I hadn't heard about it.

And I wasn't surprised to see this in the article either:

The MS Societies of Canada and the U.S. are reticent to support Zamboni's theories. They maintain that: "Based on results published about these findings to date, there is not enough evidence to say that obstruction of veins causes MS... It is still not clear whether relieving venous obstructions would be beneficial."

They won't support it until they can figure out how to *broker* the research monies!

Though you lapsed into a rather unscholarly:

...I think I can infer your criticism.

But before I elaborate on the subject at hand, I would like you to answer something:

Do you harbor conspiracy theories about Big Oil? How about ones surrounding *military contractors* and things like $300 per gallon diesel in Iraq?

Sorry to hear about your uncle.

But I'd suspect that with the disease hitting so close to home you'd be even more curious about its *politicization*.

Of course I'm curious about it's politicization but your post isn't breaking any new ground...this is FAR from a new issue and just seemed a randomly timed post...