From Ukraine With Dollars 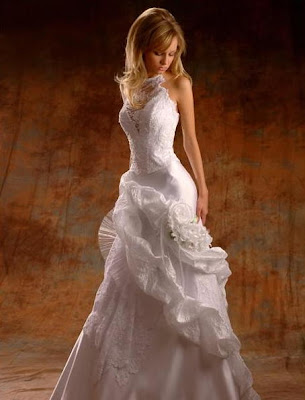 As I mentioned before, a distant relative came over from Ukraine to visit our family this Christmas. His father and my mother's father were first cousins. So I believe that makes he and my mother *third cousins*, although Wikipedia disagrees. Whatever. I googled this question extensively and the answer came back split. Some think the relation is instead a *second cousin*, while others think it a *cousin [once/twice] removed*.

Again, whatever. I'll just call this 49 year old guy my 4th cousin and leave it at that. He's far enough off that I could have safely married his daughter! ↑

Vladimir's obviously closest to my 96 year old grandfather, again the cousin of his father.

Some years ago, say 15, my grandfather was overseas and saw Vladimir who was, with his wife, trying to get a wedding dress business off the ground in Ukraine. When my grandfather left, he gave him a dress to bring back to America and asked if he could try to *sell it for him*. My grandfather took it and, well, never got around to peddling it. Hustling is not the sort of thing 80 year old men do, now is it?

Then last year, my brother set sail for Ukraine will full knowledge he would be near distant relative Vladimir. Feeling guilt-ridden for never have tried to sell the wedding dress from nearly 15 years ago, my then 95 year old grandfather tried to stuff some money in my brother's shirt pocket - money to give Vladimir for the neglected dress. "Just tell him I sold it," or something was what he wanted my brother to communicate, I believe.

One just has to marvel the integrity of my 'ancient coot' grandfather. At his advanced age, not only does he still bowl weekly, completely take care of himself, battle his skin cancer with his herbal remedies, play chess "as good as ever", and cope with the recent loss of his wife, my dear grandmother....no he still has the thoughtfulness and ego to worry about not selling a dress that was thrust upon him several years ago!

But a lot can and does usually change in 15 years.

It turns out, my fourth cousin Vladimir's wedding dress business took off. He sells internationally, has showrooms in Los Angeles and Paris, and now employs 200 people in his company. So it suffices to say he doesn't need those two c-notes my grandfather was trying to send him last year!

BTW, in addition to being a successful entrepreneur, my cousin also sings, plays instruments, and very much enjoys drawing. The more I think about it and look for it, the more I see the stealthy importance of the creative arts. There's more on that perspective scattered among my homeschooling posts.