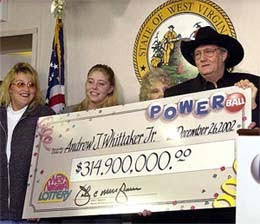 I just read today that 70% of lottery winners go bankrupt within 5 years.

One guy, pictured above, lost everything after winning a $315 million Powerball jackpot.

I'll bet there's a good parable somewhere that addresses the *burden of instant wealth* or something.

Many of us, to varying, relative degrees, have also squandered windfalls throughout our lives. I remember when I was in college (1992-1995), working my tail off at several jobs, I suddenly was clearing over $200 a week. I had no idea what to do with my newfound *wealth* and couldn't even tell you where it ended up. Probably most of is was spent on food and alcohol. Basically, I was not prepared by my schooling or parenting to handle excess cash flow. Eventually, some years later, I did learn. But the lesson ended up quite expensive.

Now I would have expected to read that 70% of *pro athletes* or *performing artists* became broke soon after their fleeting glory - but I was a bit surprised by the high percentage of lottery winners who've given it all back. Perhaps the explanation is inherent in the type of people that regularly play the lottery? I don't suspect that guys like Warren Buffett, Michael Dell, Mark Cuban, Hank Paulson, or Suze Orman can be found every week ordering scratch tickets *by number* a la McDonald's extra-value meals. 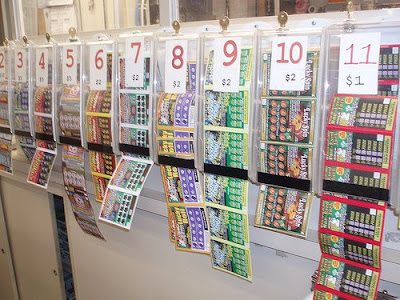 In our self-centered, present-tense culture one might reflexively try to *characterize* the type of people who might be more inclined to blow a windfall fortune.

But a careful reading American history will illustrate that many, many famous AND accomplished people over the years lapsed into poverty before they died: Thomas Jefferson, Mark Twain, Ulysses, S. Grant, et al.

Now I'm reminded of that great zinger from Gordon Gekko:

A fool and his money are lucky enough to get together in the first place...

On Wage Slavery
Posted by CaptiousNut at 2:10 PM

Reading White Fang to my son...

In the foreword I learned that author Jack London also went from poor, to millionaire, back to the poor-house.

Becoming rich and then poor during a lifetime pursuit of achievement does not = winning and wasting lotto bucks.