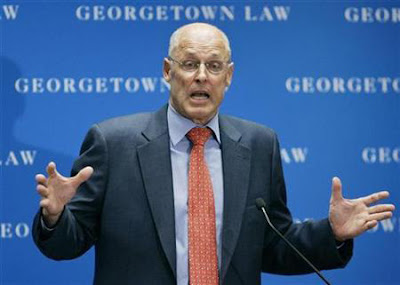 Paulson learned of the "disruptive scheme" while attending the Beijing Summer Olympics, according to his new memoir, "On The Brink."

The Russians made a "top-level approach" to the Chinese "that together they might sell big chunks of their GSE holdings to force the U.S. to use its emergency authorities to prop up these companies," Paulson said, referring to the acronym for government sponsored entities. The Chinese declined, he said.

"The report was deeply troubling -- heavy selling could create a sudden loss of confidence in the GSEs and shake the capital markets," Paulson wrote. "I waited till I was back home and in a secure environment to inform the president."

Russia sold all of its Fannie and Freddie debt in 2008, after holding $65.6 billion of the notes at the start of that year, according to central bank data. Fannie and Freddie were seized by regulators on Sept. 6, 2008, amid the worst U.S. housing slump since the Great Depression.

Paulson said he was surprised not to have been asked about the Fannie and Freddie bonds during a trip to Moscow in June. "I was soon to learn, though, that the Russians had been doing a lot of thinking about our GSE securities," he said of his meeting with Dmitry Medvedev, who succeeded Putin in the Kremlin the previous month.

So there, we've got them!

Russia is guilty of *thinking about our GSE securities*!!!

If I owned them, I'd certainly dump those bonds as well. Who with an iota of brains wouldn't?

This is just another pathetic, deflective ruse on the part of Goldman's secret-agent crook. Does Paulson really think people are going to read this and re-direct their blame to Russia - a Third World country?

First of all, the hypothetical *dumping* of Fannie and Freddie bonds by investors WOULD NOT force the U.S. to prop up any companies. Bond prices all over the world, for centuries, have fluctuated to find new market values. Nobody forced Congress, Bush, Obama, or the Fed to *monetize*, (i.e. print money) to artificially prop up the debt of the GSEs. If their extant bonds fell, that would only effect NEW FUNDING for GSE debt. It'd become harder for Fannie and Freddie (and FHA) to issue any more mortgages....AND THAT WOULD BE A WONDROUS THING!

Secondly, it's not the trading of Fannie and Freddie debt that got these *companies* in trouble. It was their ill-conceived mandate, their flouting of lending standards, and their typical unbusiness-like operation that did them in. For crying out loud, Freddie Mac wasn't even listing a loan as *delinquent* until the mortgage had been unpaid for 2 FREAKIN' YEARS!!! 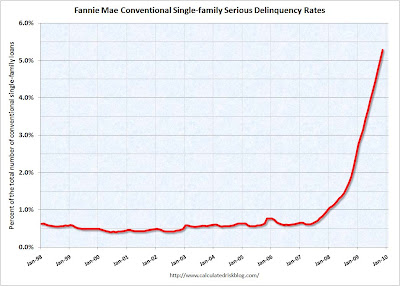 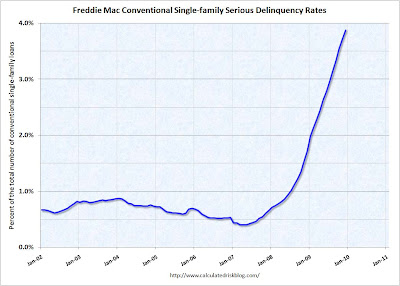 The approval process was for the underwriter to run the loan through DU/LP and if the system did not issue an approval (or an approval the borrower and the loan officer were happy with) to go back into the input file and edit the income, assets, retirement (or all three) until the system approved it. Some loans were edited 30 or 40 times until the system issued an approval.

I believe Big Government has already dumped a staggering $85 billion into these entities which should never have existed in the first place.

Only a Moron could possibly believe any of this is Russia's (or China's) fault!

Paulson's book is well-titled, "On The Brink"...

A lying thievery of this magnitude certainly put him on the *brink* - of going to hell!

Seriously, this is how wars break out. Paulson gets mad at Russia, and then threatens China, "If you dump our bonds, we'll tax your imports..." China gets pissed and threatens to monkey with their dollar peg....And who knows what one of our clueless Presidents ends up doing in the heat of this needless provocation - in the fog of this alarmist smokescreen designed so Paulson could funnel taxpayer monies to his Goldman cronies.

This isn't to make Paulson's case of Russia as an antagonist. If a country wants to float bonds to international buyers and perhaps make itself somewhat dependent on their funding....then that country can't or SHOULDN'T tell its investors what to do with the bonds THEY PURCHASED. Is our *capitalist* nation selling with strings attached or what?

See also - Wall Street Alarmism.
Posted by CaptiousNut at 10:49 AM

this is a preemptive fear bomb from paulson. "fear mongering" is the best whitesmoke to fool the masses. WMD from saddam? $1 trillion iraq war cost benifiting defense contractors.